An undead dragon convention?! Hope to see you there!

Join Zorbak this weekend for the start of a new tradition: Draco*Con 2016! Con checklist: baby dracoliches, undead warriors, and Zorbak’s newest, most nefarious plot yet to rule (or destroy?!) the world! 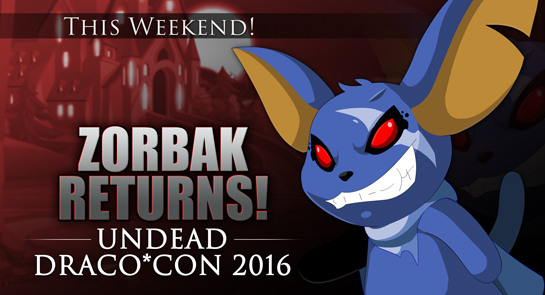 Whaaaat? I thought it was DRAGON*CON?!

You thought right! Every year, some of our team members attend Dragon*Con in Atlanta, Georgia! This year, Artix, Cysero, Dage the Evil, and Stryche will be attending... But we know that not all of YOU can come, too... so Zorbak offered to hold Draco*Con while they were away! 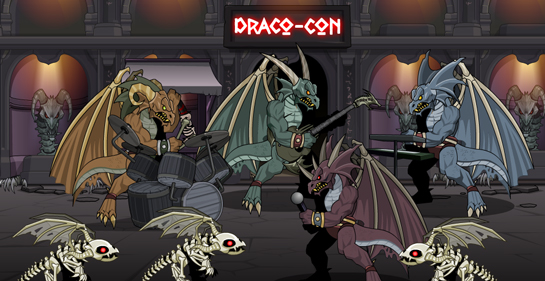 A new band was formed JUST for Draco*Con... called DragonROARS! (If you love heavy metal and/or are familiar with the band DragonForce, you will LOVE the track Ghost made for this release... inspired by some of their music! You can listen to our track here!)

Now, we know Zorbak likes to make trouble... but seriously! With Tropical Storm Hermine bearing down on the secret underground lab... it's like he can't leave well enough alone. It's not enough that he gets his OWN convention, he has to make sure that Artix, Cysero, Dage, Zazul, and Stryche have to battle to get to THEIRS! 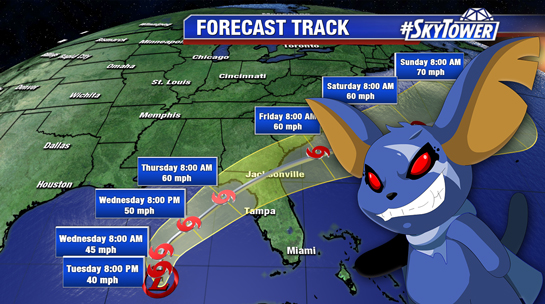 The team has left early to beat the storm and arrive at Dragon*Con safely... if YOU are in the area affected by Tropical Storm Hermine (or Hurricane Madeline over near Hawaii) please stay safe and warm and dry!