Rain down a Flying Golden Pig Bacon Hailstorm upon your enemies!

A few years back, we released an "animated item" shop full of really cool gear with an added kick! If you have one of the animated items equipped, every so often, a super-crazy animation would fill up your screen. We have shadowbursts, comet storms, whirlwinds, and more... and you can find them in your Game Menu shop. But with Ziri's release coming out, we saw this as an opportunity to add in a few NEW animations: 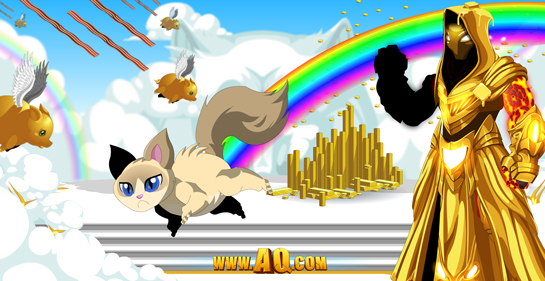 Though the gear in Ziri's Magical Rares Shop will leave, the animations may be used in the future. AND if you can't wait until Friday, there are a number of animated items you can get right NOW from the Animated Item shop in your game menu!*

* This shop is full of permanent content, but the shop disappeared from the game menu a while back... and now it's returned!