This Friday: the King is Back!

Zack Storch, long-time player of Artix Entertainment's games and competitor on the King of the Nerds reality TV show, returns to AQWorlds this week a published author! His new book, Za'nar: Impossibility, is available on Amazon now!

Cover art by Dage the Evil

His story tells the tale of an alien world linked to Earth by a shared connection to the Void Plane. When the mages of Za'nar team up with two young Earthlings, they find themselves drawn into a three million year old magical conflict. While fighting to survive, they discover more than just the key to destroying their enemy; they unlock secrets about the nature of the human race.

I got a chance to read the novel last year, and knew right away this was the stuff AQWorlds events are made of! It's got danger, magic, battles, and DRAGONS! It's a really great read, and if you pick it up this weekend, you'll have a great idea of what's in store for Friday's event, because...

In between finishing his book and competing on season 2 of the hit TBS reality TV show, King of the Nerds, (season 3 comes to TBS on January 23rd), he found time to join the AQWorlds team to co-write an in-game event chronicling Jir'abin's attack on OUR world! 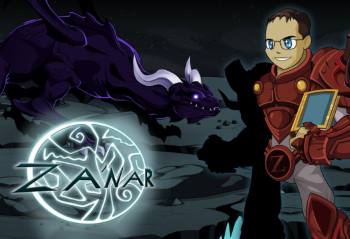 This Friday, battle through Lore with the mages of Za’nar and DragonRune Hall to repel Jir’abin’s army of Void Shades as they flood into our world to harvest the magic of Chaos!