Willowcreek Weeps for You

Remember Who You're Protecting Each Week!

Welcome back to Willow Creek, a small farming town with a big problem. There’s a monster on the loose, and it’s nomming away all the town’s crops and livestock! While the farmer's names might represent many directions, their fingers all point to the same culprit.

But is it really the Dwakels who could do such a thing? /Join WillowCreek to sort out this mystery and prove to the townspeople that the Dwakels’ bite is no worse than their bark.

Warlic’s received word from Calafalas, the Church Elder of Willow Creek, that someone or something is attacking their animals and crops! Calafalas needs a hero to track down the attacker and save his people from starvation.

Don’t fly away on cold feet, prove your worth to Warlic and Calafalas by collecting Frogdrake feet and Mosquito wings, then it’s time to investigate! Get a move on though Gyro erm… Hero, if you don’t put an end to these attacks soon, the odds will never be in their flavor.

This Whole Investigation is Going South

Once you arrive, it’s time to question the entire town! Which would be pretty difficult if there wasn’t as many families as cardinal directions. When gathering your info, be ready to visit:

Don't forget to check in regularly with Calafalas at the Church. Be careful when interviewing the townsfolk, they are looking for a culprit too, and you don’t want to be their next suspect!

The Westin’s home ain’t no 5 star hotel but it’s good enough for them. That was until Farmer Westin’s brother decided to let a horde of Zards out all over the lawn. 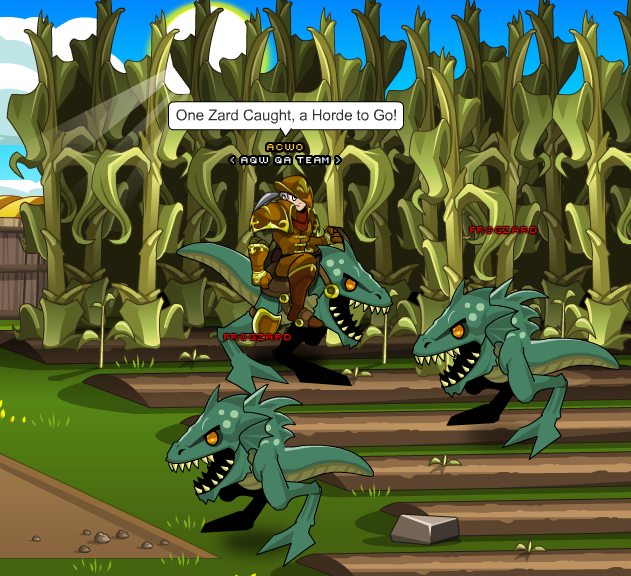 He doesn’t know if these are the beasts the town’s been attacked by, but either way they need removed ASAP! Could it be that the Zards caused this whole mess and the Dwakels are completely innocent?

You don’t have time to wait for the Arcanomancer class to deal with these spiders, so get in there and get squashing!

Just a Victim of A-SALT

Snails are far from the most frightening creatures, unless they’re giant and taking over your backyard. This is the exact kind of problem the Eastmans have asked you to solve. It’s time to grab that salt shaker and teach these snails whose boss.

After helping Farmer Eastman, be sure to learn all he knows about the town terrorizer, and why he finds the mountain caves so suspicious.

Eye know this array of suspects and suspicions could lead you astray, but Farmer Southwick needs to open your eyes to one more beast. Be sure to store Speyeder in your memory bank, as you got to clear Southwick’s storage of of them.

Even with a Speyeder invasion, Southwick is convinced it’s those pesky Dwakels causing the town’s troubles. Now that you’re done with the farm folk, it’s time to head over to the caves and check out these Dwarkels for yourself.

After interrogating the townsfolk, head to the caves on the outskirts of town to get your own opinion of the accused Dwakels. They seem like a peaceful race, with a strong leader at the helm. Never before had they attacked the town, why would they start now? Did something set the Dwakels aflame towards mankind or are they simply misunderstood?

Talk to the Dwakel Chief, bring your news to Calafalas, and figure out which culprit’s name to howl out to the masses!

Take  this Town Terror Out!

Between the community knowledge of Calafalas and your thorough investigation it’s about time the true culprit was unmasked. Be prepared for the final battle hero, things are about to get hairy! If you can slave the villain, save the town, and get out in one piece, be sure to stop by the Church to get the award you deserve!

Could a few eight legged creatures really clear the name of all other suspects? That’s what Famer Northrup wants to know.

All that’s left now is to playthrough Willow Creek yourself! Hopefully you liked this 2nd installment of AQW’s Throwback Thursday. If you have any ideas for next week’s throwback, please post them in the AE Forums or tweet them to me @ACWOAE. It's always a blast writing these kinds of posts for players to enjoy.