War: What is it Good For?

Destroying all your Enemies! HOOOOO!

In AQWorlds, we fight wars for a few reasons -- usually because there's a conflict and the choices you make determine the outcome one way or the other. Sometimes, like with the Darkblood Civil War, we use wars to replace the regular quests, and have a pretty good idea of what the end result will be. 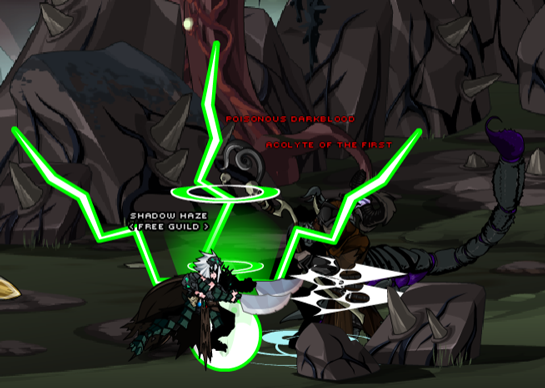 We have had some insanely successful wars (like the Future Dage War earlier this year) and less engaging wars. Whether a war is "successful" or not is due to a number of variables, but mainly:

Reens, Memet, the team and I have spent a great deal of time this week reviewing your feedback on this war and previous, successful wars. We'll be modifying our war formula after this war to remove some options we've used previously, and to focus on the things that have made previous wars more successful.

Based on your feedback, this is what we're seeing you ask for in wars:

For the Darkblood Civil War, though, we want to help you all reach the 100% goal that will advance the story. To that end...

*Madra casts Primarch's Defense, renewing the strength and energy of her allies and making her enemies weaker -- Battle on my friends!*

(The war quest turn-in requirements have been reduced to help you reach your goal!)