Server Defense and the White-Hats

Protecting our servers and making sure we aren't introducing any new vulnerabiities or exploits is one of the most IMPORTANT things we can do while rebuilding the server. And working with Zhoom, Captain Rhubarb and Yorumi to ensure that is our super-group of ex-hackers (aka "the whitehats"). 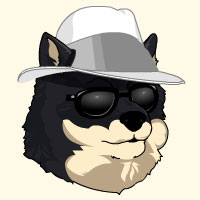 The White Hats: Ex-Hackers Who Help

Individually, some of these talented coders have been sending us exploit reports for over 5 years. These team members are using all the tricks, tools, and knowledge that ordinary hackers use to attack AQW, but the difference is... our whitehats are working alongside the devs to help PROTECT the game. That makes them part of the good guys, and we are lucky to have them on our side!

Since the server rewrite project started, the white hats main goal is to find exploits during testing and work with Yorumi to patch them BEFORE we release the new servers to you!

Artix often says that in the real world, he's a lot like Artix the Paladin NPC. He's a genuine, real-life good guy, and that's the way Artix Entertainment operates as a company. Though we have been battling hackers and private server creators for years, we would never "take revenge" through illegal or unethical means.

That means we DO NOT:

And we would never ask any of our players or team members to do those things for us. Any action we have ever taken has always been through legal channels. That's what being a "good guy" means - operating aboveboard, doing the right thing in the right way.

* The White Hat Helm is also available to other long-time exploit-reporting players (even if they are not part of the official AE white hat group) as our way of thanking them.