Earlier this week, we asked you to head over to the AQWorlds Facebook page now and share the picture of the weapon YOU like best! The picture with the most shares by tonight at 6 PM would release in-game this weekend for 0 ACs! With a 300-share difference (1644 > 1347) between the two, I present to you...

Find this beautiiful blade by Memet in Cleric Joy's Battleon Assorted Shop for 0 ACs this weekend! 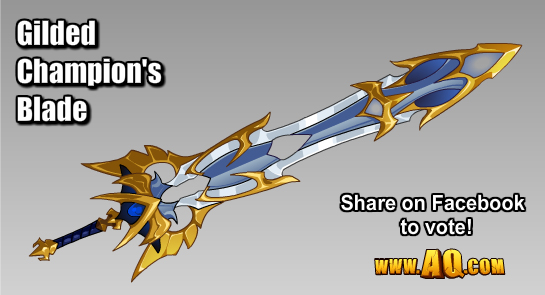 NOT The Winner: Crimson Shadow's Edge

Never fear, we won't throw this awesomely-dark art from Memet away. It'll just head into the Rainy Day reward pile... and will release at some point in the future. 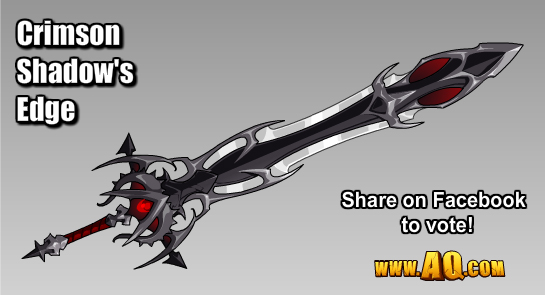 The next time we do a weapon poll, if you don't want to see your favorite head into the reward limbo, better get out there and vote!