Undead Assault: The Hoard is LIVE 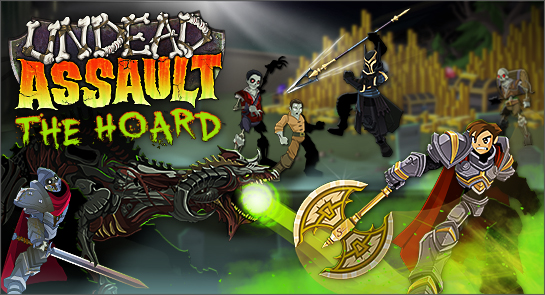 Our new undead-slaying infinite runner, Undead Assault is LIVE for Android and iOS devices! Battle as Artix the Paladin… the town people’s only hope against a horde of skeletal zombie warlords! 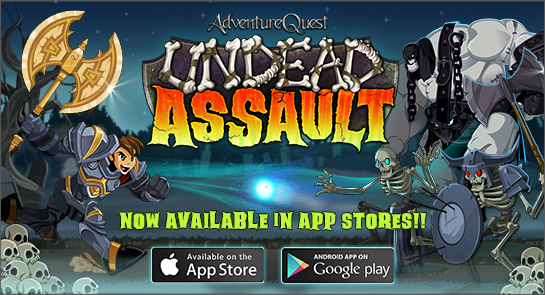 • 5 Paladin weapon & armor sets… each with a “special” attack O_O
• “Battle on!” theme song by One-Eyed Doll
• Upgradable Power Ups!
• Collect rare loot… no idea what it does, but it is collectible. So. Yeah. Collecting!
• “Legend of Artix” book… can you find the mysteriously missing pages?
• Unlock the Artix's Golden Paladin Armor, helm, and Axe in AdventureQuest Worlds when you buy the 3X Gold Multiplier! 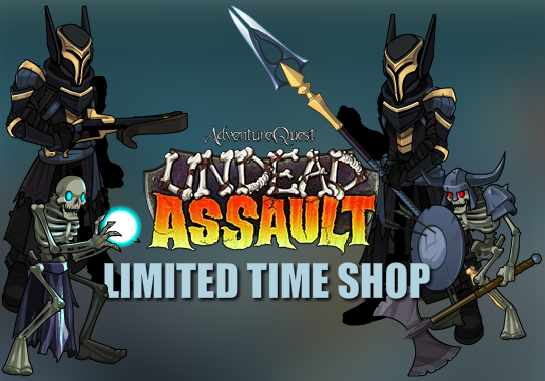