The Talk Like a Pirate Day 2015 Treasure Hunt BEGINS! Battle for clues to uncover which monster has your loot! 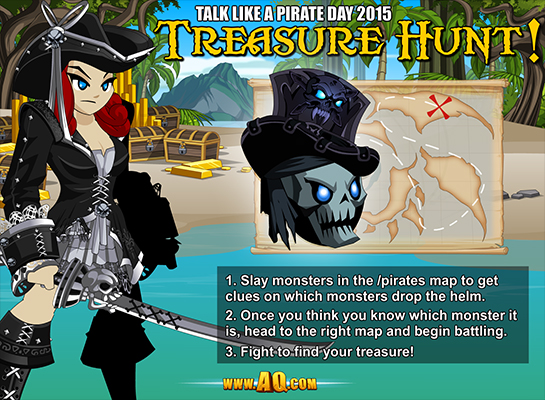 PS - the creatures in Lolosia hear a LOT of rumors, and may have some other interesting tales to share with you... IF you can pry the news out of them!