This weekend, Quibble Coinbiter gets even MORE piratical loot in his Talk Like a Pirate Day rares shop! All his booty will be available for AdventureCoins in-game until October 6th, 2017. 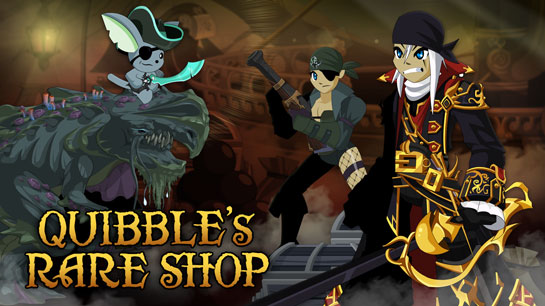 Check Quibble's gear out, then /join kaijuwar and take on the Kaiju Corsairs to loot THEIR booty and teach them who's boss!

We are looking at an alternative to the delay which would let us release this next week. If it does not work out, the Kaiju Naval Commander armor and top hats will become available on October 9th, after the Talk Like a Pirate Day event leaves for the year. If you have the AC variant of the Naval Commander class, you'll be able to grab it from the chest in Lolosia on that day.