Every September, Pirates around Lore ship out with one goal in mind -- bringing home BIG piles of plunder! Every ship stops at home port to refuel after battle which means… Lolosia is loaded with gold.This Talk Like a Pirate Day, a fleet of fiercesome, Kaiju-loving corsairs plan to take control of Lolosia and ALL the loot! On September 15th, the Defense of Lolosia begins with Rhubarb, Lim, Cysero, the entire crew… and you! 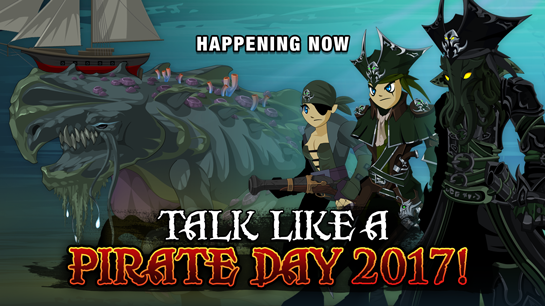 This war is SO BIG, and there are so many farming and shop rewards (not to mention the titan-sized war boss battles) that we've split the event into two weeks.

/join Kaiju then click the catapult to head into battle!

* Especially when you summon the Skyguard and the Cyserrific Lim MECHA!

We know one of the most anticipated shops of the year is the Talk Like a Pirate Day Quibble shop, and this year our artists have outdone themselves! There were so many great ideas, and so many requests for colors and styles that not even a warship would be able to carry all of them! So here's what we're going to do! 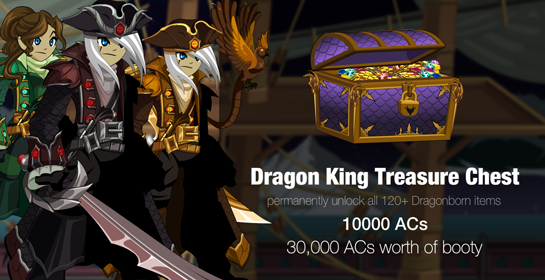 Dragon Chests of Many Colors

Because dragons come in many colors and species, so will the DragonBorn Naval Commander! (In reality, we received SO MANY requests for different colors, we wanted to please everyone!) Talk to Quibble to unlock color-specific Dragon Treasure chests with either the red, orange, gold, green, blue, purple, brown, black, white, crystal, shadow, or pink Dragonborn Naval Commander sets.

If you're the one Dragon King to rule them all... we've got you covered! The Dragon King Treasure Chestcontains over 120+ items (all the gear from the 12 variant sets above, plus an exclusive bank pet and bonuses).

This is a BOATLOAD of loot, but for you collectors (and would-be dragon rulers) out there, the dragon-themed treasure will overflow!

Note: In order to prevent shop abuse, the treasure chests cannot be sold.

We've got chestfuls of gear coming for you this week and next! Two full sets of farming rewards were designed by your fellow players: Seth Juron and Daniel PP2! 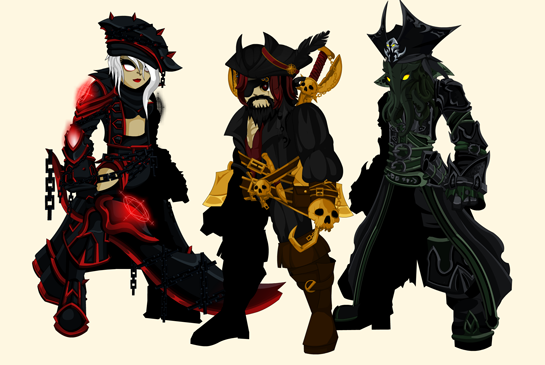 Note 2: There is currently a bug with Naval Commanders using an incorrect face template. This will be corrected ASAP.