We will continuing our 5 weeks of AE Artist Live Draw sessions with Thyton a little later today. 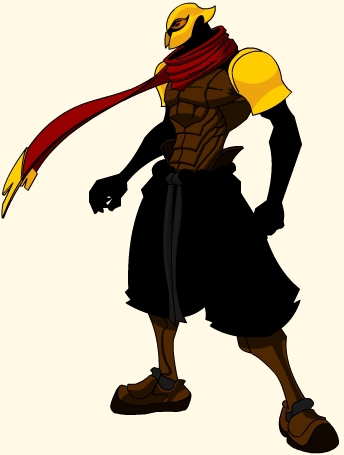 Thyton came to work for AE not long after I did. He was one of the core developers for DragonFable once it was launched and one of the few AE staff members who have been around long enough to remember what it's like working off of Artix's kitchen table, when the Underground lab was just a dream.

Thyton is currently the artistic director for the upcoming AQ3D project but still lends his talents to DF, MQ and any other game project which require his skills. 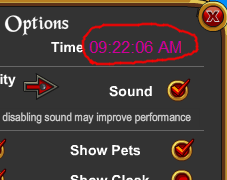 Around 4:00 PM Server Time we will open the live draw map again and you will be able to watch as Thyton goes through his process. You can check the current server time at any time by looking in the OPTIONS menu inside AQW. (see above)

If you have a question for him I'll be taking a selection from the AQW FORUMS and my own Twitter account. He'll need his hands to show you his craft so I will be feeding him some of your best questions and broadcasting his answers and protips in the game.

Be sure to check out NightWraith (from Epic Duel)'s Design Notes post on his trip to the PAX East conference in Boston! It's an epic convention geared solely towards gamers.