It's a BRAVE NEW SOCK

It's that time again! I was out collecting dirt for my dirt collection and I noticed some creatures that look like they've escaped from someone's nightmares. Needless to say I went back to collecting dirt for a few more days then immediatly headed back to Battleon to let everyone know that an army was marching on town. 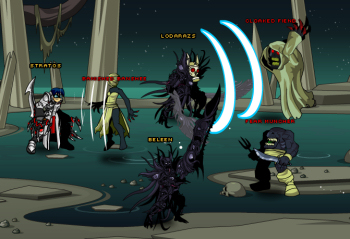 While i was out there I counted heads. It looks like there are about 3 MILLION waves headed this way. Artix naturally assumed that they were undead. He was so excited that I didn't have the heart to correct him. 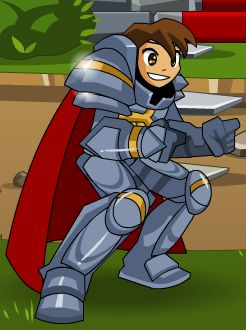 You will find War Rares in the War Chest, but you will need to defend Battleon and earn Fear Trinkets to obtain them. The war will be over next Friday, whether we win or lose it and when the war is over, the items go rare. Items like Dage's Knight Terror set. 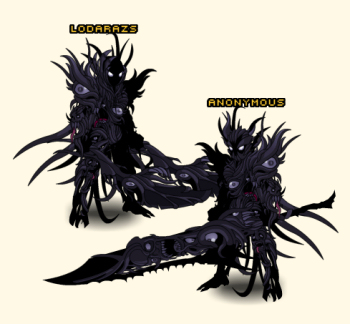 All of this is just a prelude to the Fear Chaser musical Event NEXT FRIDAY.

There will be AC Event Rares in the pre-show swag shop during the Event but those items will also go rare once the Event is locked for non-members (members will be able to play replay the event and earn the Achievement badge whenever they like).

Another TEN items have been pulled from the pages of our Suggestion Threads on the AQW Forums and added to Yulgar's Player Suggestion Shop! 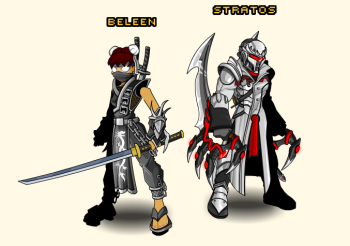 You have probably noticed that we have been getting CRAZY with the Player Suggestion cheeze-whiz lately. I want to thank all of the contributing AQW Artists for helping make some of the players ideas come to life on the screen. Want to see your creation in AQW? Head to the AQW Forums and make a suggestion.

This week we recieved a TRUCK full of boxes of our Card Game! We had to move all the Ebil Corp Board-Room Skeletons out of the board room to make room for card game storage.

You guys should pop over to the Battle Card Page and check out the web commercials that Artix and Xyo built while Xyo was visiting the Underground Lab! 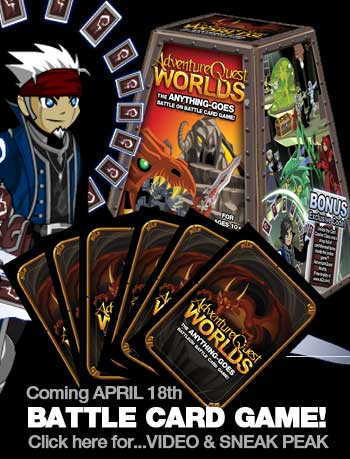 The Card game will cost $19.95 USD (Plus Shipping which depends on where you live) from HeroMart. Toys R Us stores will probably be selling them for close to the same price, but they may mark it up some. We do not control their pricing of the game.

AEXtras is still a great way to get FREE ADVENTURECOINS and even FREE BATTLEON POINTS, and with new Inventory, Bank slots and Primere Event rares to buy there's never been a better time!