Funny Place For A Port

The Sandsea Saga beings this week as Zhoom drags us into the hot, hot desert to help him find a small-time mage named Zahart. 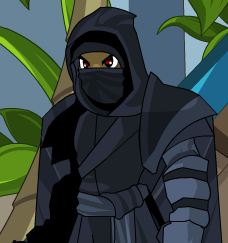 Zhoom believes that Zahart might know something about the mysterious and unnatural sandstorm that recently uncovered the forgotten ruins of the city, surrounding the Sandsea Oasis Village. Track him down and get some answers.

Zhoom would clearly be able to track Zahart down by himseelf but with two of you that makes the hunt go that much faster. Don't worry, Zhoom has your back.

This is one of my new favorite areas of the game. Miltonius really outdid himself with the monsters and the amazing cutscene, Warlic's Sandsea Adventure music is one of the best he's produced for the entire game and J6's unbelievable backgrounds all come together to transport you to the dry wastes of the Sandsea. 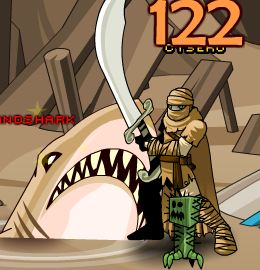 This week we have updated a few of the Oasis shops. Zhoom has some brand new items in his Sandsea Rep shop, like the Assassin of the Sands armor and helm crafted by Dage and helm, and several new weapons! 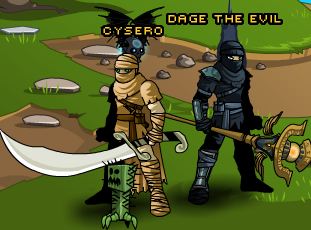 You might also find that scimitar somewhere in today's release. Cassim the House Item vendor is also getting in a shipment of new items, which might be of interest to you.

A Change Of Items

The Staff that Dage is holding in the picture above is one of the new items coming to our friend Khuddar, the Black Market Vendor. 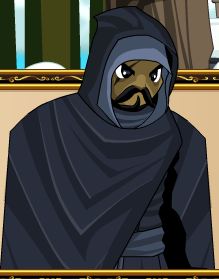 That is a face you can trust. I heard him say that some other items are arriving and some of his current items are vanishing!

Last week we released Reddy's Solarflux Armor and he wasn't happen with Miltonius' version of his art. We stand behind each and ever one of out staff member's work, but Reddy was so unhappy that he said he'd rather have it removed from AQW than have it in as it is.

In a show of what I think makes BattleOn Games great, Miltonius listened to what Reddy had to say, looked at his own work and decided that Reddy had a point. Miltonius, on his own time, took a second shot at the art creating Reddy's EVOLVED SOLARFLUX ARMOR and HELM which will be added to the player suggestion shop today. 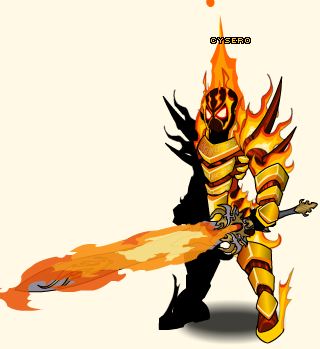 You have to admit, it's pretty hot. The first version of Solarflux will stay in the shop cause we like it, but the new version will ALSO be available.

In other Player Suggestion news, the SSS Sword has been removed, and everyone who purchased it has been given a full gold refund for the weapon.

Just so you know we have gotten some new HeroMart items in. Some of the player favorites which sold out a while ago have come back in very VERY limited supply.

Faith tells me we've got:

EpicDuel shirts will go on sale next weekend. The come with the really cool robotic color custom Cyber Hunter armor. I'll get some pix for you next week.

For those of you who were able to attend Thyton's improptu Live Drawing Event last night, thanks. It's a rare treat for us to get to interact with you so directly and you got to see how much fun we have in the lab.

You might not have seen this but after I threw the box at Thyton, he threw it right back. Hard.

For those of you who didn't get to catch it, check out Artix's Write-Up of the event! Have a great weekend!