Can YOU face down the Gruaige Baas?

Stare into the eyes of a Medusa-beast straight out of legend and larger than any creature Bloodtusk has seen before! 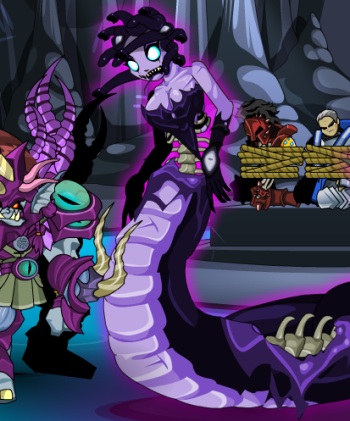 f you don't take it on - and WIN - then the Alliance's generals will become the first sacrifices in a world ruled by Krellenos and Chaos! Another rune on Drakath's Portal has been unlocked

Save the Alliance Generals, take on the Chaos Beast and prepare yourself for the ending NO ONE expected!* With a Chaos Lord this furious, ask yourself: What will this mean for Bloodtusk, for Lore... and for Drakath?

To do the new release: /join orecavern

And until you get the answer**, enjoy these epically Chaorrupted rewards: 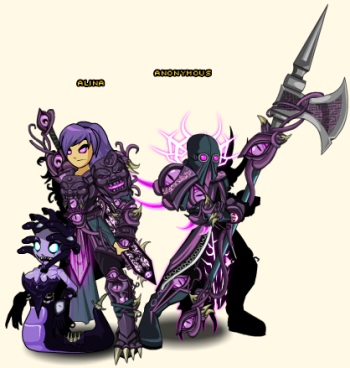 Horcs and Trolls have very defined battle techniques,and as a show of gratitude for ALL the help you've given them against the threat of Chaos, they are teaching you their war lore! From the Trolls, learn the mystical battleskills of a SpellSmith! And from the Horcs, capitalize on the aid of a battle pet and epic evasion skills! 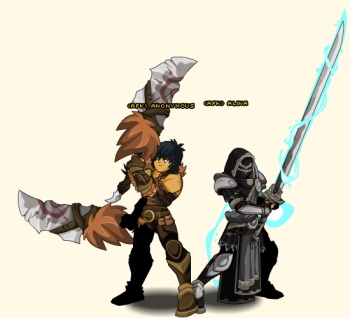 Use this evasion and dodge heavy rogue-type class with your BATTLE PET to show your foes that Horc Warriors aren't just brutes - they're quick on their feet and can kill you before you blink! Smell their fear, smell their blood, and use your pet to take down ANY opponent!

As a SpellSmith, you'll have a wide range of options open to you in battle! Feel like attacking with an AOE and take down multiple enemies at once? DO IT! Want to do a decent amount of damage to single enemies? You can do THAT too! Solo bosses AND self-heal AND buff your friends! So MANY CHOICES!

See Cysero's Bloodtusk Class Skills writeup for many more details! You can get your very own Evader and SpellSmith classes by gaining Rank 10 in Horc or Troll Rep respectively OR talking to Itzachi in Battleon and buying them for 2,000 ACs!

Changes in the Bloodtusk Ravine Map!

We've made some changes in the Bloodtusk Ravine hub town map! As you play through the storyfrom here on out, the NPCs in the town will change according to what is happening to them in the releases! (So when the Chaos Lord is discovered, they will disappear from their spot in the town, etc.) This gives the area a more dynamic feel, making the zone seem more fully a part of the action!

Khasaanda has also gotten some new quests that you will be able to do in this week's map OR from the very start of the storyline. They'll give some background information on important things like the Arashtite Ore.

Update to the Treasure Chests!

When things get heated in battle, make sure you have the Heavy Blader armor equipped to keep your HP high! This is the newest addition to the Treasure Chest loot pool! With Treasure Chest rewards dropping from every monster in the game, you're sure to get enough oppotunities to with this armor or any of your other favorites! 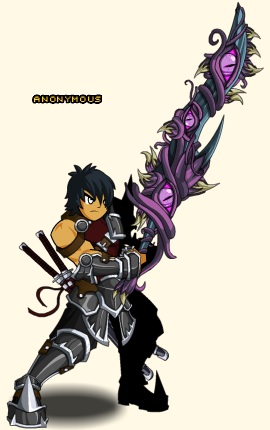 And remember, members get TWO FREE Keys at the start of each month! If you've run out of Keys, you can always buy more by talking to Twilly in BattleOn! The Chests will always contain some of our most epic gear, so make sure you treasure those Chest drops when you get 'em!

HeroMart: Get your Gift On!

The shop is still stocked with crazycool real life rares for the holidays at HeroMart! If you haven't gotten a 2012 AQWorlds Calendar, the Doomwood or Chaos Mod Packs, the Artix Logo shirt, or our other awesome swag yet, now's the perfect time! And all our swag makes GREAT gifts for friends and family! 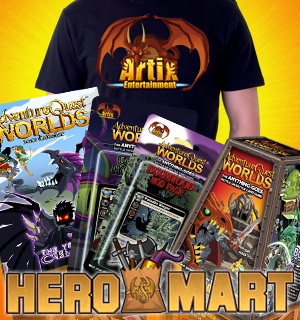 Have a great weekend guys, and enjoy the release!