Voltaire, a Cursed Mirror, and the 13 LORDS OF DOOM!

As the 13th 13th draws near...the shadows are growing restless. Now that the Queen of Monsters has returned, the seals that once guarded our world have disappeared. And who else but the Mysterious Stranger would take advantage of this opportunity to invade our timeline! 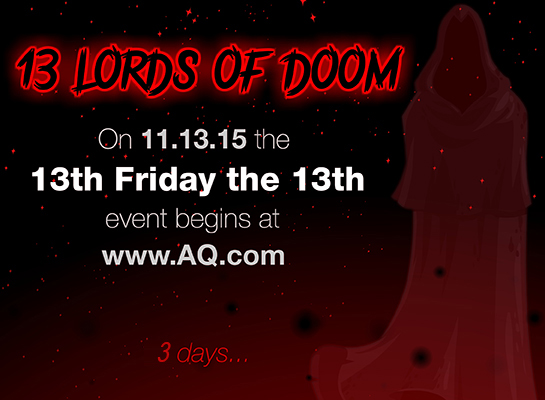 But he won’t be alone…From the darkest corners of Lore, he's reached out to gather the dark residue left by the shadows of our universe's greatest villains... now the 13 Lords of Doom have been created - born of shadows and magic - to wreak havoc and destruction.

And they will stop at NOTHING until Battleon has been reduced to cinders! But fortunately... YOU will be there to make sure they don't succeed.* And you'll have help! 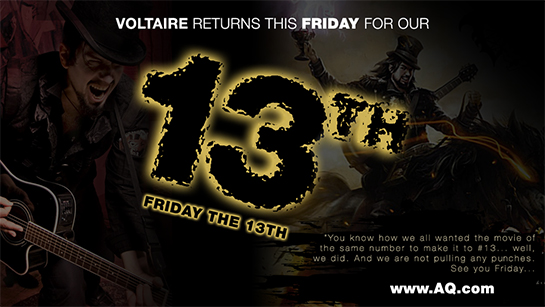 Work with Voltaire and Deady to gather the fragments of the Cursed Mirror of Enutrof to dispel the shadows that linger over Lore!