"A storm of Beleen's Pink colored doom is rolling in tonight. As our heroes are tasked with stopping the end of the world by defeating Kezeroth at www.AQ.com, I am immobilized by the terror of of Beleen's Pink Birthday Release.... am I alone in my fear of her fabled pink madness? Do I have a Thunder Buddy to weather tonight's storm with?" - Artix 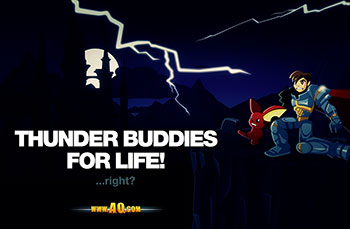 If you have not seen this before, this is a fan video made by the amazing animator Xyo. The way they did the voices caught us off guard so much that we sprayed our monitors with our drinks. Most players know I have a rare and deadly allergy to the color pink. Simply touching the color pink could actually cause my hand to catch on fire and explode. (These statements have not been evalutated by the FDA.) Beleen, who loves the color pink... often tests the limits of my ability to endure pink.

Who has YOUR loyalty?

Blood, blades, and terror all combine into one form - Nulgath. And if YOU are a fan of Artix Entertainment's infernally-inspired artist, Nulgath, then you'll want to choose his side in this Summer's Dage vs Nulgath WAR!

To get his followers' blood boiling, Nulgath is stocking a Loyalty Shop in Battleon with ton of temptingly terrifying rare items! They'll only be available for 2 weeks (the same length as the Dage Loyalty Shop), so make sure to grab your gear while you can! For Nulgath! 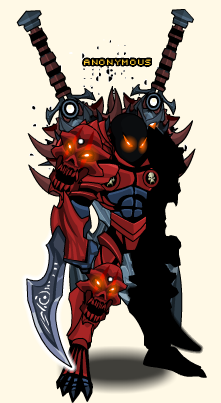 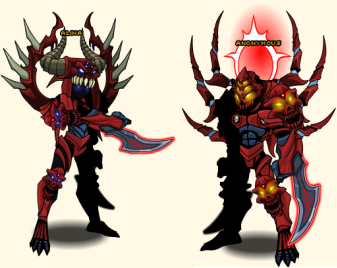 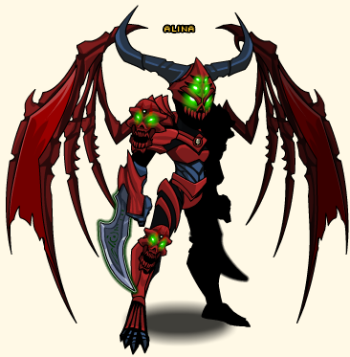 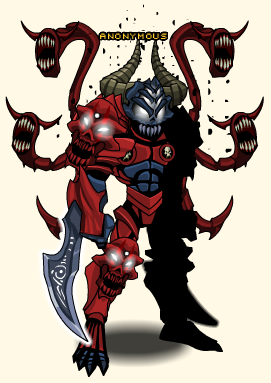 The eyes and blades on the Blood Fiend of Nulgath armor are all color customizable, as are the eyes on the helms, the inner section of the Terror Wings, the Fiery Halo Cape, and the eyes on the Nulgath Backblade.

Doom is all around!

Deeper, darker, deadlier! Descend even further into the depths of the Necropolis the Friday as Sally continues her plans to re-build Vordred and rule the Necropolis! The history-shattering revelations are nothing compared to what we’ll reveal TOMORROW! Arm yourselves, heroes, because underneath the Necropolis lies… your DOOM!

Remember, everyone can play through the storyline of Doomwood Part II: Whispers of the Dark Lord, but we've packed this zone with extra-special content geared towards members!

We've got a fair bit of work left to do before tomorrow's release, so I'm going to finish up the quest text, outline the NPC text, and get to bed. We'll see you all bright and early tomorrow morning as we gear up for this weekend!

PS - This is the last weekend the Doom Starter Package will be available (comes with DeathKnight set), so if you're thinking of upgrading, now's the time to take advantage of a great deal!