We've got 2 classes coming tomorrow. First, the non-member Evolved Shaman class (You can either earn with Arcangrove Rep Rank 10, like original Shaman or pay 2000acs for it unlike original Shaman) for which Alina did a great skills breakdown yesterday. So if you have already ranked up to Rep Rank 10 in Arcangrove then all you need to do is NOTHING.

Tomorrow, during the release, we will be adding the Evolved Shaman directly to the backpacks of anyone who already has Rank 10 Arcangrove Rep. If you earn Rank 10 Arcangrove Rep AFTER release tomorrow then you will need to spend the standard 50,000 gold that the earned version of the class costs. 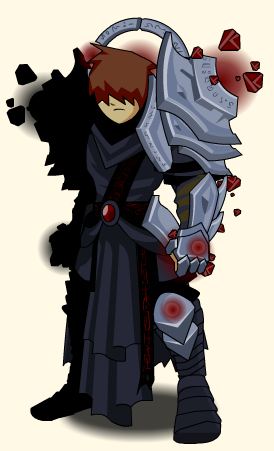 You'll be happy to note that this class is as color customizable as the original is.

The second class coming tomorrow is the member-only class for DoomWood, UndeadSlayer. If you are a member you will be also be able to buy this class for 2000acs or earn it with DoomWood Rep Rank 10. The good news is that if you've already ranked up to earn Necromancer then you're all set.

NONE OF THE CLASSES MENTIONED ABOVE ARE GOING RARE. From tomorrow's release onward, you will always be able to earn Shaman and earn/buy Evolved Shaman, or earn/buy UndeadSlayer.

I'd love to show you what UndeadSlayer Class looks like but Dage had to prepare for Hurricane Don and got a late start on the art. It's still in progress but what I've seen so far looks great!

Now let's see what UndeadSlayer can do.

The most important thing that you need to understand about UndeadSlayer is that is was built for SLAYING UNDEAD. It is a decent class for soloing but might feel a little underpowered UNTIL you are in DoomWood, BattleUnder, Shadowfall or fighting undead in some other area.

If the undead had faces to melt, it would melt them without breaking a sweat.

The UndeadSlayer Class has an interesting dynamic that you won't find in any other class. It takes both Mana to use its abilities but you also need to gather Spirit Orbs to increase the effects of the skills. Getting Spirit Orbs is easy, you get one every time your auto-attack goes off against an undead, even if you miss. You'll see the count going up as you fight and it will max out that 200 Spirit Orbs.

Now let's go over the skills.

A basic attack, taught to all adventurers. When attacking undead you gain spirit power.

In this model AA actually plays a pretty important role in battle. This is your only damage power that does not do increased damage against undead but it's the only way to gain Spirit Orbs. You will want to pay close attention to how much spirit power you have saved up.

Just watch your character and the game will display how much spirit power you have banked each time you auto-attack. 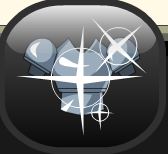 This class is not complex. This is an attack. It does damage. It does more damage against undead. The more Spirit Orbs you have banked, the more damage it does. It's a very inexpensive skill with a very fast cooldown so spam it. 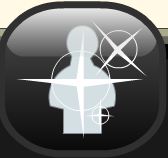 A handy self-heal. It's enough to keep you alive with low spirit orbs but as stacks go up it makes it insane. Nearly a full heal with the max 200 Spirit Orbs banked.

This one will eat your mana if you're not careful but considering the cooldown it shouldn't be a problem for most to balance cost versus effect. 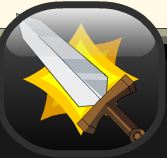 Once again, if you can make a sandwich, you can use this class. This is another attack. It also does damage. The more Spirit Orbs you have banked, the more damage it does. Once again, it's cheap and has a fast cooldown. Your mana won't flat line if you are spamming this one as soon as the cooldown pops either.

Your basic passives here. Ranking up the class unlocks the ability to attack faster than ever before while taking more of a beating. 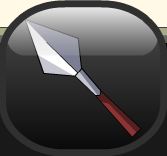 The UndeadSlayer's ultimate attack. Requires at least 20 Spirit Power to use. Consumes ALL Spirit Power.

Here's the Big Daddy attack for Undead Slayer. This attack does a MININUM of around 6000 damage to an undead foe and the damage only goes up with the Spirit Orbs you bank. With a full stack banked, it's not uncommon to see a crit for around 15-20,000 damage. It's pretty nasty.

Small chance that using one of your skills other than Auto-Attack may result in instantly maxing out your Spirit Power.

This is a pretty nice little extra you get for maxing out the class. I've had it happen to me only twice in testing but suddenly your heals are HUGE and your Dragon Lance are taking a third of an undead bosses life.

SUMMARY: I've solo'd Noxus several times with this class. It's really pretty nice against undead. As I mentioned earlier, against anything else it's a decent enough class but it's really specialized to Undead. it rips through them like a hot knife through butter.

There are a few tactics that you might want to use.

I've found it pretty useful against undead bosses to just sit there and heal myself until ive' got a LOT of Spirit Orbs banked. After that you can either blow it all on a big Dragon Lance, cause it's nice to see that BIG damage, but make sure you heal first. One last mega-heal never hurts and after the Lance, because after that you're back to 0 Orbs and a rinky dink heal.

The other option is to keep the stacks and damage flowing. If you keep the spirit orbs banked, Exorsize and Vorpal Strike start really doing some serious damage and the BEST part is they the cooldowns and mana cost remain steady so you just clewing through the bosses HP and keeping up those mega-self-heals.

Depends on your play-style.

Either way, I think this class accomplishes what Artix wanted when he designed the skills. It allows you to mow through undead as if you WERE Artix himself, Spirit Orbs and all. The more you fight the STRONGER you get.

This little widget has given us more trouble than we ever expected but considering that happens a lot you'd think we would have expected it.

NEVERTHELESS, through Yorumi and Zhoom's collective hard work the Advanced Color Picker will be ready tomorrow.

When you visit Yulgar's Room 42 you will see an increased range of color swatches. 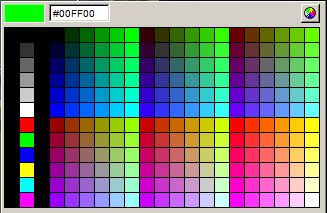 But if you look in the upper right hand corner you will see a little button that looks like this...

This button switches the color picker from Swatches Mode to Free Mode. Free Mode is an analog display of pretty much every base color you could imagine and it has a brightness slider on the right hand side that allows you to make your selected color as bright or dark as you like. 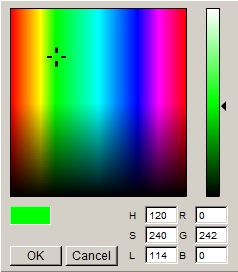 This basicly allows you to pick any color within the entirety of the percievable range of human sight.

It even displays the exact details of that color in the Info boxes at the lower right so you can write down the values and duplicate that PERFECT color you spent an hour finding time and time again.

We have finally reached the end of the DoomWood Saga. We have a LOT of surprises for you and it will wrap up EVERY SINGLE story thread that we've lovingly crafted for you as this zone has progressed.

A lot of people have been asking me if they will finally get the chance to earn Artix's weapon, the Blinding Light of Destiny...