He'll do a BOO-tiful job animating!

The only things certain in a videogame are death and attacks(es)... which is why we're bringing AE's most spectral animator to the AQW team. /Cheer for Ghost, a long-time DF team member, and before that, one of AdventureQuest's players eager to make videogames! 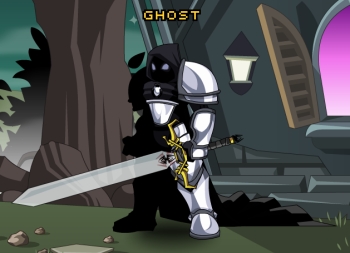 He started animating for DF back in 2006 after Artix was floored by his amazing skill (all self-taught at GoogleU)!* Ever since, he's been steadily raising the bar for DragonFable's cutscenes, and we're excited to bring that talent to AQW!**

He will not be starting JUST YET, though. Both he and Samba will slowly transition onto their new teams over the next few weeks - Ghost to AQWorlds, and Samba to the 3D team. Ghost has a few projects left to finish in DF, as does Samba - though she is very excited to use her crazy-good 3D skills! 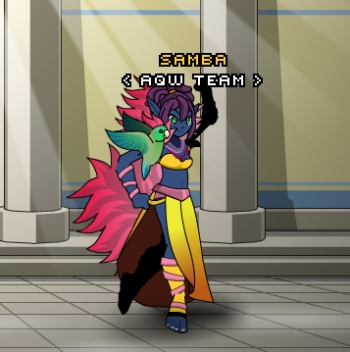 The decision to make this change was not made lightly, but we are certain that DF is being left in capable hands. Tomix will become DF's lead animator, and he'll be assisted by Hizu, formerly Samba's assistant. We know that - though Samba's dancing shoes will be hard to fill - Ghost will do a supernaturally-epic job!

This is Not Goodbye!

We are all one big Artix Entertainment family, and teams often share team members' skills. Ghost loves DragonFable too much to never look back, and Samba will never leave her disco for good! They will be focused on different AE games, but neither is going to turn their back on the games and players who have given them so much!

* PS - Please don't tell Artix that Ghost is undead. We need our soon-to-be-new lead animator too much to have him exorcised!
** And that urge to throw in surprising hidden animations!