Lore has no fury like a Prophetess Chaorrupted! Members can watch as Bloodtusk's Chaos Lord faces Drakath head on and tries to take him down!* But Chaos IS Chaotic, so things do not go quite as planned. That's where YOU come in... you can't let a rogue Chaos Lord roam free, can you? A Chaos confrontation awaits you in the /dreamnexus! 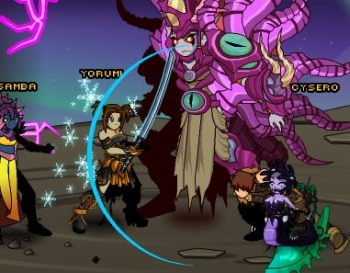 All rewards drop either from monsters in the map or from the Chaos Lord!

It has been a long road through the Ravine; you've watched the Trolls and Horcs ripped apart by distrust, torn apart by war, occupied by an Alliance army and forced to face the fact that one of their own was behind ALL of it! In a story full of twists, turns, death and betrayal, Chaos still keeps you guessing in this last installment of the Bloodtusk Ravine Saga! 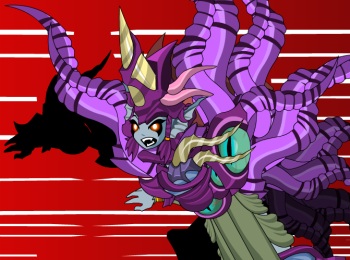 TIP: Do NOT underestimate how angry Khasaanda is.

Are you ready to dance the night away? If YOU want to be able to /samba in-game, then you'd better head over to Samba's disco in Bloodtusk Ravine and get ready to get your fingers movin' to the groove. It's the ONLY way to unlock the member-only /samba emote! You can read Samba's Design Notes about the minigame here!

It's a Frostval Miracle!

We told you guys we didn't think Frostval would make it in this week but.... SURPRISE! We knew all along it'd go in. Frostval Fools! (You're a mean one, Mr. Cysero! You're a devious, prankful soul! /sing) 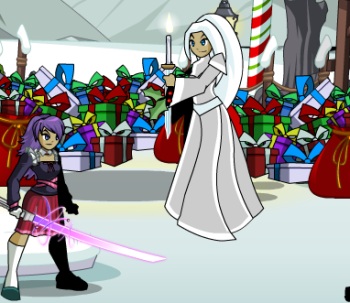 And speaking of PRESENTS: New member-only presents have been stored in the sack behind Cleric Joy in Battleon! Get your gifts now, but remember, they won't open until January 1st! 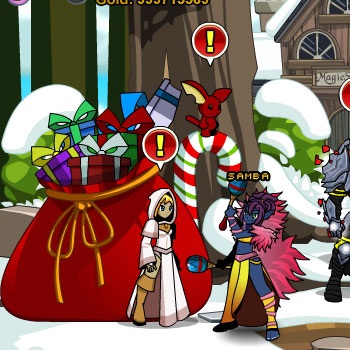 We've got a TON of super-snowy fun waiting for you when you /join frostvale! So if you haven't joined us for Frostval before, get ready to save the Spirit of Frostval, defeat the frigid twin perils of Ice and Snow Golems, and help your friends celebrate! 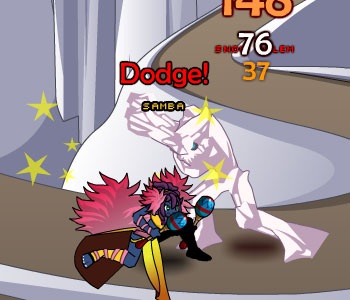 NEW Frostval content will be released NEXT Friday! You're going to be up against a chillingly cold-hearted villain this year, vile and dripping with icy venom, so bring your warmest ear-flap hat (Wikipedia tells me it's called an "ushanka"), bundle up and get ready to battle on!

I Can Has Mod: Cysero!

You cannot win Cysero himself, but you CAN win 2 hours with him in-game AND a super-awesome wish! If you haven't heard about this crazy contest before, then you'll want to make sure to read Cysero's deliciously golden, cheezburger-laden Design Notes post! 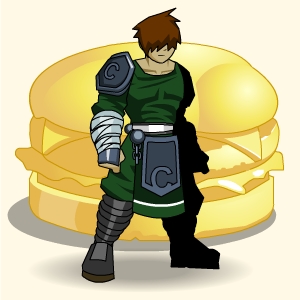