The second ‘Design a Release Contest’ winner unleashes Chaos upon the AQWorld this Friday!

Last week, you and your fellow heroes dominated the first-ever player-created release, picked from hundreds of submissions in the Design a Release contest. Thousands of heroes banded together to take down the foulest fowl of all: the Cockatrice, designed by fellow player Alastair Q! 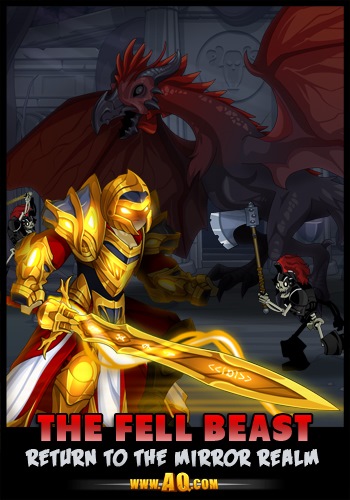 And come Friday, May 23, at sundown, it will be time for Runester333 to shine!

AdventureQuest Worlds, a land full of arcane magics and tangible chaos, is the brainchild of the tireless mods and programmers who have poured their ideas into it. Unfortunately, they underestimated the true power of the chaos that they created, and the Chaorruption has leaked into the underground lab. 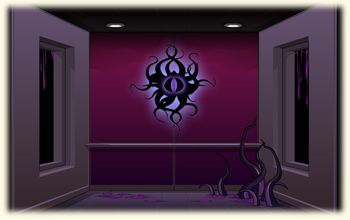 After infecting the programmers, it downloaded their deepest thoughts into the game, creating the Chaorrupted lab.

When Beleen’s dream world became a reality during the Valentine’s Day event, no one thought much of it—it was just another update right? WRONG! Programmer after programmer, all of the AQW team have had their consciousness hacked by the game they created and watched as their own personalities formed new dreamworlds throughout the land of lore (at least it saved some time on programming!). 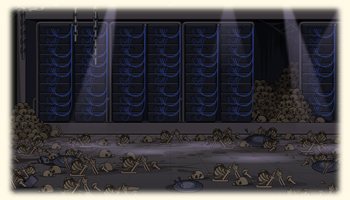 As the team watched, more and more of their ideas poured into these new worlds, and then it happened. The chaos managed to pull the programmers themselves into the game and Chaorrupted them. With the chaos now more powerful than ever and no programmers to give the players a way to stop it time is running out to save the world of lore from complete chaos. 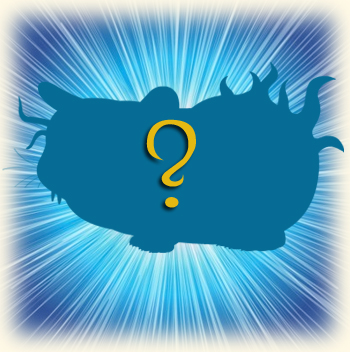 Can the players band together to save their favorite mods and save the game they love before it is plunged into complete purple havoc?

At the dawn of the plane of Lore, the great mods invited adventurers from other forms of the world, ever so similar but somehow so very different, to inhabit this new realm: AdventureQuest Worlds. The mods granted these heroes a taste of adventure that the adventurers couldn't resist.

Runester333 was one of them.

Not long after, the mods formed the chaos to see what it would do. No one was prepared for what happened next, and since then, Runester333 has been travelling through Lore offering what help he can in subduing this ghastly incorporeal purple entity.

Having no true form of its own, it has been Chaorrupting all of the mods’ original creations into new, abhorrent, yet somehow awesome, creations. Runester stands ever ready, waiting for Chaos’s next move, and his next chance to advance the fight against it. In this penultimate hour, Runester has allied himself with new adventurers throughout Lore, readying himself for Chaos’s final stand!

How did Runester333 start playing AQWorlds?

Runester started his AE adventures after a recommendation from a school friend back in 2005. Per his request, Runester333 signed up and logged in… and he instantly fell in love with the game. It filled a niche in the gaming market that nothing at the time could quite replicate. As AE added game after game, Runester tried his hand at each of them, and is still active in most.

However, AQW is by far his favorite (yay! We think so too!). He started playing back in the Beta phase after seeing the ad on the original AdventureQuest, and has been playing AQW ever since. Runester333 has done his best to collect every character page badge and rare that he could over the years, and has made oh-so-many tough choices on which rares to keep.

“That's the ingenuity in the game—all the chaos that it pumps out!” exclaims Runester333. “There's so many amazing people working to add more and more great ideas, great items, and overall great experiences, it just keeps you coming back every week!”

What inspired Runester333 to enter this contest?

“I had actually posted a longer, vaguer version of this release onto the AQW feature and functionality suggestion forum just a few weeks prior to the contest, thinking that it would never make it up the ranks and dreaming of an event-design contest. To my utter amazement… a few weeks later the announcement for the contest was posted.

“The stars has aligned and my goal was set, so I set to the work of filling in a more specific plot, designing items, quests, dialogue, everything that need to go into it, painstakingly ensuring that it complied with all the contest regulations. Several hours and one massive headache later (I finally really understand how important the coffee machine is to you guys!) I had my outline designed and I posted it.

“I had a very weird dream—one that I vaguely remember—which inspired the original concept on the idea, and from there I tried to model it a little after the first Lionfang event that was my all-time favorite event. And to this day, is the reason that Halloween is my favorite holiday.

“After all these years you guys manage to consistently improve every game, but AQW has that community aspect to it along with the history, the legacy, and the memories… it's just an overall incredible game and the chance to have actually influenced the game like this is a dream come true. I can't wait to see servers full of players enjoying my ideas and knowing that I helped each of them make another memory and hopefully a few will have their "Lionfang event experience," that one release that they will always remember and will be the reason that they log on again every Friday for years to come.”

We couldn’t have said it better ourselves, Runester333! Thank you so much for sharing your amazing stories with us!

And come Friday, May 23 at sundown, Runester’s latest story will come to fruition in “The Chaorrupted Lab: Out of the Purple” at www.AQ.com !