Voltaire returns for Friday the 13!

Clones, bombs, and... BUNNIES?! Voltaire and Deady are BACK this Friday the 13th for an all-new event featuring the creepiest Bunee this dimension has ever seen! Sleezter Bunny's army of furry clones will have you hoppin' while Voltaire gets you rockin' to acoustic remixes of some of your favorite songs from his last album!

With eggs so spoiled they'll rot your flesh, a bomb built to blast, and an army of bunny clones that reproduces like... well, rabbits, this is going to be ONE event where showing a lucky rabbit's foot might attract more monsters than it repels!

No Friday the 13th event with Voltaire would be complete without real-world swag to remember it by! Take home your very own Sleezter Bunee Toy from Heromart this Friday!

Each Bunee comes with SIX pets - 6 non-member pets!* Voltaire's IRL loot never fails to stun, stupefy, and terrify, so if you're looking to scare the living daylights out of your enemies (... or friends!), then these are the toys to stick on their shelves when they're not looking!

* The Heromart site is out of date. You will get all SIX in-game pets when you purchase a Sleezter Bunee toy!

Bounty Hunters, take note! J6 shirts are back in stock now but they won't be on shelves for long! This is the third time we've restocked the J6 shirts, and we don't know how many more we'll make, so if you want to look as fly as a J6, head to Heromart now!

Shirt comes with the J6 helm and the J6 Cowboy Armor!

Now YOU have the power to choose who wins! Pit Artix against Sepulchure, Sepulchure against GI Joe, or Artix against a T-Rex! You decide the battles, you decide the winner! All you need to do is head to Heromart.com and pick up your own copies of our first-ever action figures! We expect to get the toys in late April or early May. We'll let you know as soon as we get them in!

Wednesday Livestream at 4pm with Mido!

Mido comes to AQW! If you've played through Etherstorm, you'll have met him already. And now you get to see his incredible art skills in action! This Wednesday at 4PM server time, log in to AQWorlds and /join stream to see Mido take YOUR suggestions and turn them into an awesome in-game item! 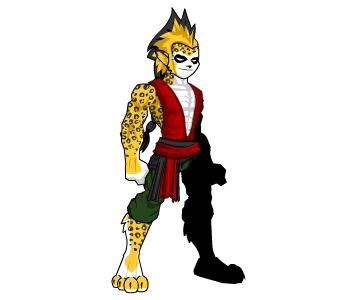 When Knave1, the winner of the last I Can Has Mod contest, made his wish, he decided to become an in-game NPC with his very own storyline! He is King Alteon's Royal UndeadSlayer, and he needs your help to slay an undead god. With that as a base, we think we've crafted a compelling tale that will explore a facet of the undead most people never consider!

He also requested that his release be short, so we'll be fitting the entire tale into a single release, and it will all take place NEXT Friday! BUT the Final Golden Cheezburger will turn into the GodSlayer armor THIS week! I hope you've hung on to yours!

Bans for Botters! Earlier today, Yorumi had a coding breakthrough! He implemented a solution which lets us ban scores of botters which previously went undetected. In the first hour the patch was live, we disabled the accounts of 3,200 botters! They will be disabled for 24 hours THIS time, but if it happens again, the ban will become permanent.

Please, guys, we want you to enjoy PLAYING the game, hanging out with friends, and slaying epic monsters. Play right, fight hard, and BATTLE ON!

Look from more news from Cysero about the Voltaire Friday the 13th event as the week continues! Be sure to join us this Wednesday for the Livestream event with Mido! And get ready for Doomwood Part 2, which is coming in a couple weeks!