A Toast to MechQuest!

Cheers, MechQuest StarCaptains! Allow me to give you a toast for saving the entire Universe! 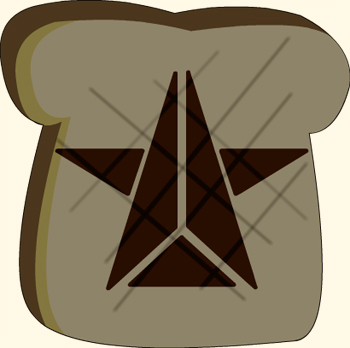 …oh wait, what? Not that kind of toast, you say? You say free NovaGems would be better than burnt bread? OKAY!

On Friday evening, join Maegwyn, Korin, Artix, and the MechQuest Team as they give a toast to the players, artists, animators, writers and programmers and community staff of MechQuest. You can symbolically raise your glass of your preferred space-age beverage at any time on Friday and /cheer with a post on our Forums, Facebook, or Twitter. 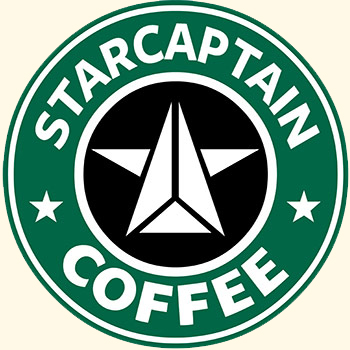 It will be a great time to share your old war stories and favorite moments. The first round is on Artix. All players of MechQuest who logged in the past month will receive 250 NovaGems on their character. To thank all of you StarCaptains who made this game possible, we are giving you an additional 1,000 NovaGems. (That is 1,250 NovaGems total being added to Star Captains this Friday.) Just be careful not to have too much of the fusion juice -- we do not want any unruly mecha PvP matches to break out!

Calling all MechQuest enthusiasts, an exciting crossover event is taking place on the planet Delta V in EpicDuel right now!  Last week, Dravax the Harbinger came seeking Char and brought with him a great danger to the inhabitants of Delta V... the Dragonoid! 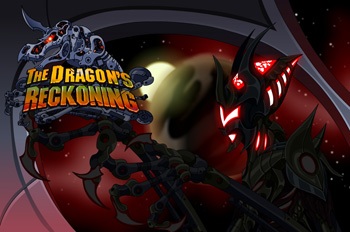 In the face of danger, you made your voices loud and clear, choosing to defend Charfade and Delta V!  While noble, your resistance has done little to discourage Dravax and the planet-destroying Dragonoid! 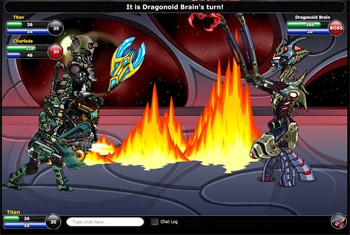 But Charfade is so pleased that you chose to save her, she's constructed a new series of items to offer in her Limited Quantity Shop (not available in AQWorlds), including class-changing variants of the Harbinger Armor!

Will you help defend Charfade and Delta V from near certain doom?  The final hour of judgment approaches in the Dragon's Reckoning event, happening now in EpicDuel!

... and our player count soared?

Last night, one of our most favorite music bands of all time (and former AQW guest), They Might Be Giants performed on the Conan O'Brian show. For no apparent reason, our online count suddenly jumped. I was told on my twitter that several servers were reporting as FULL. Which was expecially weird for 11pm at night! We where not mentioned anywhere (that we know of)... does anyone have any idea why this happened?

Talking about TMBG, the band is officially on tour! ... and the opening act is Jonathan Coulton (who also appeared in a previous AQW event.) You can see their official tour schedule at the TMBG's official website. Many of us from the lab will be going to their show here in Tampa, FL.

You have a big release coming tonight in AQWorlds, but first, I would like to share a few things I have secretly been working on. 1.) The AQ3D Project 2.) Planet Romero in MechQuest (along side Korin & the MQ Team) 3.) Valentines day "Love Story" for AQWorlds with Mia J. Park (read the Jan 9th, 2012 post here) and 4.) ...well, you know what they say. A picture is worth one-hundred thousand slain undead minions! 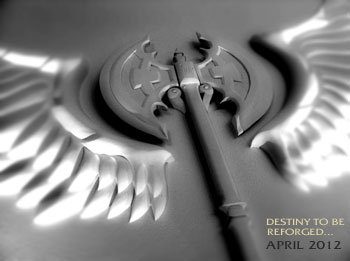 Tags: Artix, They Might Be Giants, Concert, Blinding Light of Destiny, MechQuest, AQ3D,

Must have used a block card!

In real life, last night, Korin (The head of MechQuest) had just exited the lab preparing to go home. He saw that a baby bird had fallen out of a broken nest. It could not fly. The baby bird's mother was feeding it on the ground, but that would not offer much protection. Especially with all of the hungry snakes, hawks, owls and other critters which roam the green wooded area surrounding us. So Korin crafted a new (and VERY stable) bird nest using an AQWorlds Card Game shipping box and a ridiculous amount of tape. We are proud to report that the baby bird's mother has been delivering food to the baby in the new AQWorlds nest. Good luck little fella! (Hmmm, maybe we should name it?)

I thought you guys would like the behind the scenes scoop on MechQuest Lead Korin's wedding to the beautiful EpicDuel artist Char this weekend. It was breathtaking! Taking place outside on a sunny farmhouse in huge green field near a stream with a wooden bridge. The groomsmen marched up to the alter like koopa troopas to an orchestrial version of the Mario Bros theme song. His wife-to-be arrived via a white-horse-drawn carriage to a much more fitting song. They exchanged their vows in the ceremony and when the part came to "kiss the bride" Korin.... well, he... and I am not making this up... just shook her hand and a confident nod. (Funniest thing I have ever seen) Later that night at the reception the couples first dance was to Tim & Eric's "Doo dah doo doo"... the entire bridal party and (... sings, "I want to meet that Dad") their parents joined in a semi-choreographed special dance. There was also a swarm of killer mosquitos. Congratulations to the lucky couple :-) Korin's Battle Mecha was fitted with cans on strings and a big JUST MARRIED sign.