Before the Full Moon Rises...

The LunarMancer Needs Your Help!

The LunarMancer (no, we don't know his real name, he won't tell us...) needs someone to help him very, very badly. The villagers on the island of Luna Cove won't do it. When I asked, they just shook their heads, crossed their eyes, and stuck out their tongues. But if a certain Hero were to take a vacation to Luna Cove this weekend, we might discover why... and he might complete the spell that would help him gain the rest and respite he so badly needs! If that's enough of a Wednesday teaser for you. Stop here. Otherwise, read on! 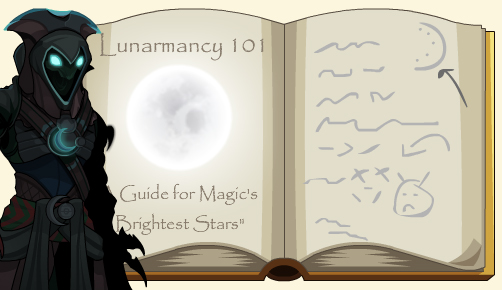 There's just ONE. Little. Problem! As the moon moves through its phases, passing towards the full moon, lunarmancy gets stronger. And if your focus is not ABSOLUTELY PERFECT, spells and rituals are... apt to go awry.

If you haven't checked your lunar calendar (or the night sky) lately, then you may have missed that it is ALMOST the full moon! And THAT means that the LunarMancer's power is ALMOST at full strength! This is both a good thing and a BAD thing - we're not quite sure WHAT will happen when (or IF) he completes the ritual. THAT is going to be up to you, Hero!

Starting this Friday, July 24th, find the Fantastic Lore shop in your game menu for until August 7th! Get Nulgath's "The Fiending" armor, helms, and maces, based on everyone's favorite Fantastic Four character, The Thing! 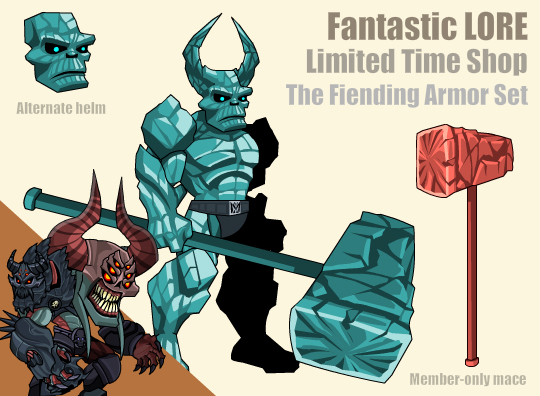 Get Up to 30% More Free Bonus ACs until Friday!

This Friday at 6PM server time, the free bonus amount and select packages will change! If you want to get the most bonus ACs (so you don't miss any of our awesome summer rare rewards like The Collector Class or the Ancient Grovebreaker Blade), now's the best time to do it! 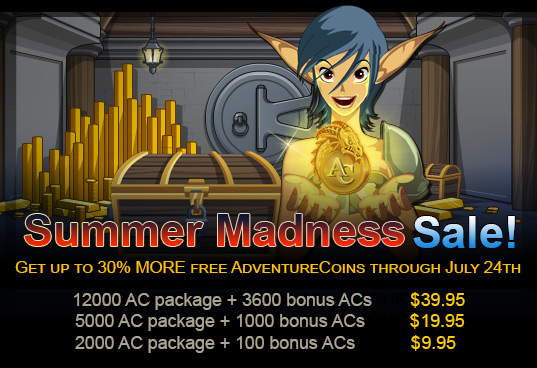 Bug Fix update: The Dead Rewards Shop in /death. which had been erroneously removed, has been returned. The gear is now available again! Thanks to all those who reported it!

And an Old Enemy Considers a New Alliance!

When a powerful (maybe slightly moon-dazed) LunarMancer seeks revenge on those who've wronged him, he requires YOUR help to complete a complex ritual that will set everything to right. If you ever want to leave the lovely Luna Cove, located on the shores of Terra Lacuna Island (also the setting for last week's Titan Hollow release), you'll need to help him... if you can! 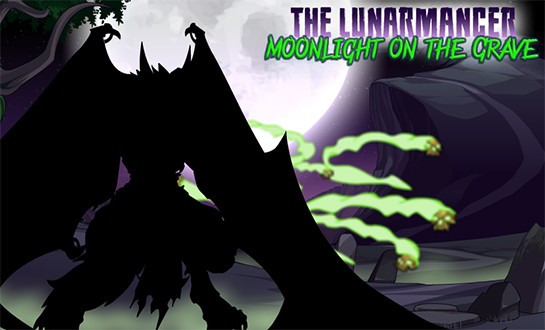 BUT WAIT! It's almost the full moon, and you know what THAT means on Lore... unforeseen accidents, shenanigans, and - oh yes, you'll be lycan what comes next... moon-based mayhem! Help the Lunarmancer complete his ritual, save the villagers, and discover what is in store for old enemies and new... friends(!?) this weekend!

As Reens and Arklen build Laken's LunarMancer release (/cheer for another Laken story!), Memet and J6 are hard at work creating the assets that will be used for Cysero's release next week - the final installment of our Summer 2015 "Return of the Living Devs" event! 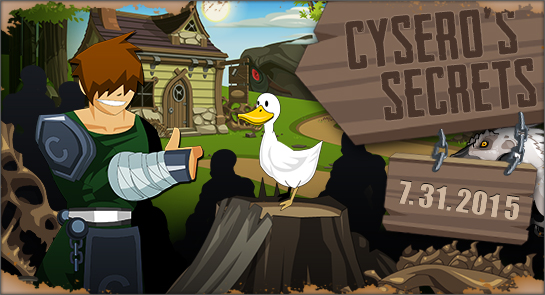 If you know Cysero, then you know it WILL be crazy, you WILL get to take a gander at the unexpected, and you WILL be quack-ing up before he's through!

Last Chance to get up to 30% More Free AdventureCoins!

Get up to 30% more free Adventurecoins when you buy select packages until July 24th! With all the awesome events this summer, you'll want to stock up so you don't miss any of the epic reward gear - like the new Collector Class or the Ancient Groveborn gear! And when you buy any AC package, you'll unlock the exclusive Ancient Grovebreaker Blade! 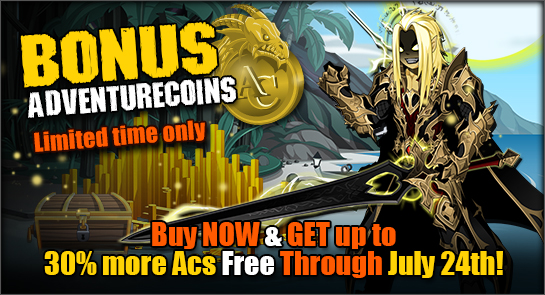 Also releasing this week in AQWorlds: