Prepare to take your Guild to the next level!

I have exciting news to report: Guild Launch has just launched inside AdventureQuest Worlds! 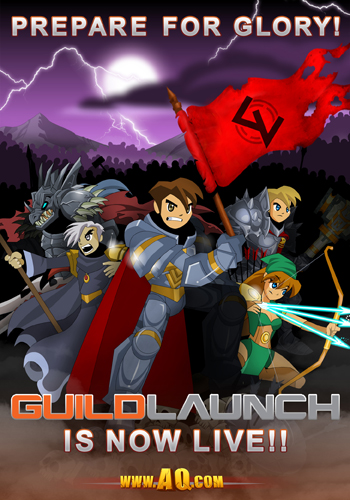 You can log in now and speak with Elise in Battleon Town (north of Battleon, by the Guardian Tower) to begin your Guild Launch adventures.

BUUUT since knowledge is power, I suggest you continue reading to buff your Guild Launch INT stats. Or you can watch my goofy video tutorial showing you how to create your free Guild Launch Account and sync it with your AQW account =D

What is Guild Launch?

Imagine if Paladins, Elves, Wizards, and Dragons ruled Facebook… the end result would be Guild Launch! Guild Launch is an epic social networking and website hosting tool that will take you and your Guild to the next level. 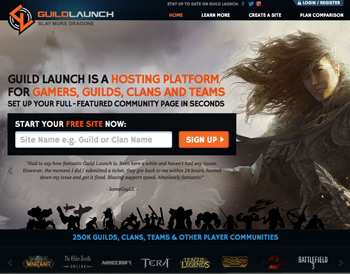 Guild Launch lets you connect with your Guildmates in the real world, and offers new ways to come together & battle harder in game. With Guild Launch, you can create and customize your own Guild forum, set challenges and achievements, chat across AQW servers, enable voice chat, and more (translation: endless possibilities here, folks).

Oh yeah… and it’s FREE to create your own Guild Launch account! It seems the best things in life ARE free, after all =)

If you are the Guild Leader of your AQW Guild, it’s up to you to create your very own Guild Launch Hub to make communicating, recruiting, expanding, sharing adventures, and battling with your Guildmates easier than ever before. Here's an AWESOME example of the Tercessuinotlim Guild page!

Spoiler Alert: in the near future, AQWorlds and Guild Launch will be showcasing the BEST Guilds (major shout outs to you and your Guildmates), hosting our 1st ever Guild Contest, and releasing exclusive Guild Launch quests and item rewards. So be proactive and create your free Guild Launch account now! 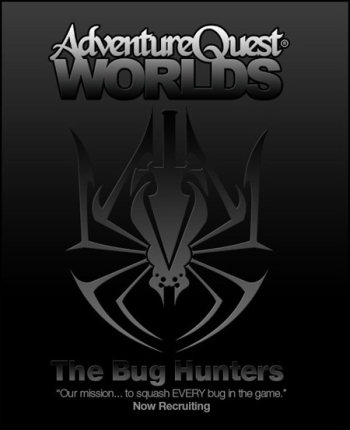 We hope that you have a flawless victory with Guild Launch, but should you encounter any problems, please send the AQW team a bug report and we will fix it as soon as we can!

Need some help with your Guild inside AQWorlds? Check out the Guilds Chapter in the Lorepedia here!

As soon as time allows, I will post a video tutorial on how to create a new guild, how to invite Guildmates, show you all the perks of being in a Guild, and delve deeper into Guild Launch goodies =)

Some features in /guild not working

For now /join guild cities and halls has been removed as we revamp the system and make it all shiny and better.  More on that to come.

So what are you still doing reading this? Log in to AQWorlds now and prepare to take your game to the next level with Guild Launch!