Log on to the PTR Test Server NOW to help us test!

For the last year, Yorumi (AQWorlds' lead programmer) has been rewriting the AQW server* and we are now coming up to the last, BIGGEST push for testing before we release the updated game to ALL players on ALL servers!

Why are we spending all that time to rebuild AdventureQuest Worlds, you ask? Because with those changes, we can make AQWorlds better, faster, smoother, AND introduce new features that you guys have been requesting for a long, long time!

* the backend system that makes the game function, not what you log into each time you want to play the game.

We are down to the last BIG bug preventing us from rolling out the new servers, plus a double handful of smaller, quick fixes.

If you've done any programming, you know it can be hard to pin down the exact cause of certain issues -- because of that, we WANT to say that we'll roll out the new servers at the end of March, but it really does depend on when we lock down the fix for the crash bug.

While he and M do that, we need YOU to help us find all the last small issues so they can rapidly smash them into non-existence.

The bulk of Yorumi's time this past month has been spent working on the big crashing bug, plus monitoring the security team's stress tests, but he has made progress on the rest of the feature ports, too. (/cheer!) The rest of this list will go pretty fast once he's able to focus on them.

What Comes Next? Phase 2!

If Phase 1 of the server rewrite is porting the game over to the new servers, Phase 2 is where we're planning to make the changes you have all been asking for.

We cannot even begin working on Phase 2 functionality like the BuyBack shop until after Phase 1 is complete, but once it is, we can start working on things like:

PS: the level cap will raise at some point after Phase 1 is complete. We don't want to add in more levels now until there are newer, more crazy boss monsters and content for our high-level players to battle. 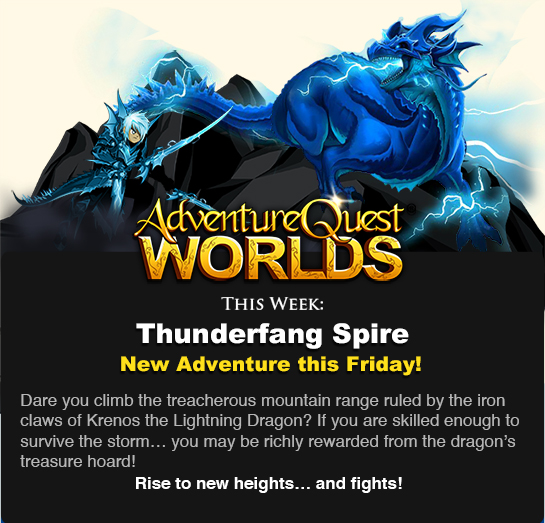 Score 50% more AdventureCoins during our limited-time Summer Sale! Bonus AdventureCoins offered with every AC bundle. Be sure to stock up, because this epic offer ends Sunday, May 31! Thank you for playing and supporting AQWorlds. And, as always...

Alina, Dage, and the AQW Team Looks like you're gonna Battle On all weekend long! Thanks for playing AdventureQuest Worlds, and a special Thank You to all our wonderful Legends for supporting the game! 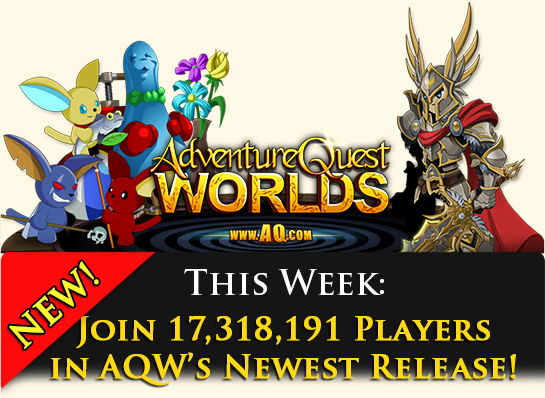 Brandish your blade, conjure your spells, and join over 17 million players in the ever-expanding world full of quests and adventure! That’s why we call it... AdventureQuest Worlds! This week’s newest game release features our first-ever free player Pets, the Armor of Awe, and much more.

Rise Up in Feverfew Falls 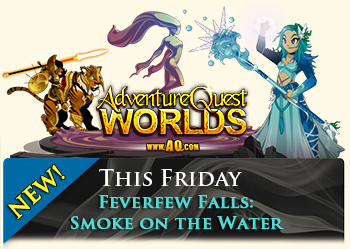 The Firestorm Onslaught has attacked Feverfew Falls, destroying the temple and taking hostages. Uncover your enemies’ fiendish plans and put a stop to them before they stop you! 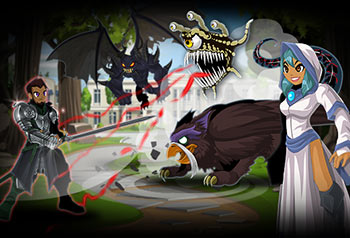 Are you ready for an all-new AQWorlds? Journey to Northpointe, your hometown on Drakonus, and embark on the Ancient Evils storyline! More juicy details here! 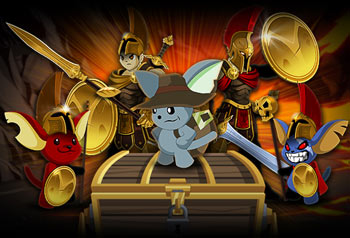 Your favorite rare-item collecting Moglin, Quibble, is back in Battleon! Log in this Friday and score an onslaught of Firestorm Onslaught items! Check out the full details here.

Next Week: Friday the 13th AND Valentine’s Day 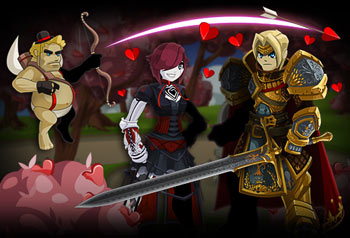 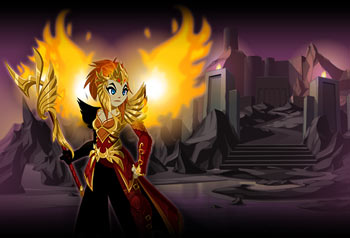 The new continent Drakonus is waiting to be explored. Invite your friends and join us as we journey to Embersea Isle to continue the new storyline! 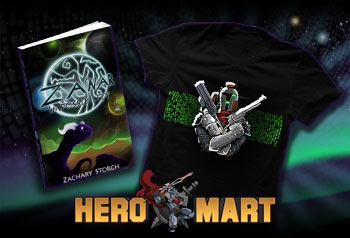