To the victor go the Spoilers

A few days ago, Cysero posted a little teaser at what was coming in this week’s release. And I say “little,” I really mean it—he wrote like three sentences.

Pffffft, what kind of a spoiler is THAT?

Now that my Finals are over (yaaay!), I can dedicate my time to filling you all in on what’s going to happen tomorrow night. If you want it to be a surprise, I suggest hitting the Back button as fast as you can as to not catch a glimpse of tomorrow’s totally cool release.

Nythera and the Frozen Northlands

If you are up to speed on the Frozen Northlands chain, then you will recall helping Nythera take down that cold-hearted Ice Queen Aisha. Here’s a quick little summary to refresh your memory: 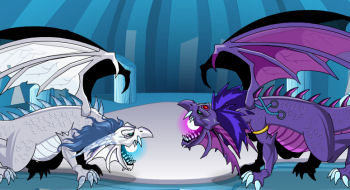 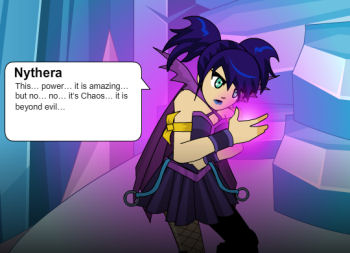 Don’t do it Nythera! It’s Chaos! It’s not worth it! 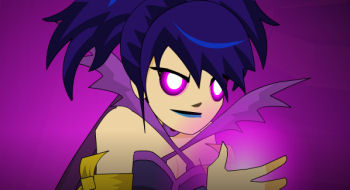 If you haven’t already witnessed this for yourself in game, and if you haven’t already played through Old King Coal’s quests (which come directly after defeating Queen Aisha), you will NEED TO do so in order to play through tomorrow’s release. That poor King has been sick for awhile now…

Anyway! Tomorrow (and right now, since this IS a spoiler) you will discover that Nythera has vanished! Adak Amaroq, the Guwio Village Messenger, has traced her footprints and found them leading into the uncharted Northlands Forest.

So much snow falls here that no one has ever been able to find a straight path through. And we mean NO ONE. Not even the Mods know the “correct” path, because there is NO correct path. 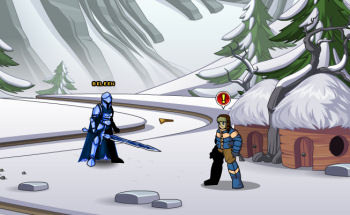 It’s just like getting lost somewhere in real life. No matter which direction you choose, you never seem to end up where you just were. I ended up upside down once. Don’t know how that happened….

So bundle up in something warm, because in order to “find your way out,” you will have to get lost!

Since Nythera has meddled with Chaos, you will have to collect Chaos Crystals in order to forge some sort of Chaos Positioning Spell… like a GPS, only more magical (and one that doesn’t tell you a million times to make a U-turn if you miss the path you were supposed to turn down). There are 10 Crystals hidden throughout this snowy terrain that you will have to find and collect, and then take them to George Forge-man in Guwio Village so he can do his thing with them.

Only when you have the Chaos Positioning Spell (the C.P.S.) will you be able to find out where Nythera is hiding!

Well what happens when we find Nythera?!

AH HA! That, my friend, is a surprise! I can’t give you all the juicy details because… well… when you do play through tomorrows release, and get to the end, you are going to be sooooo incredibly surprised and excited that whatever is within the vicinity of your computer may be knocked over from your flailing cheering arms.

But here’s a little hint to leave you off on: DragonFable players are going to scream with anticipation!