Beleen has an Arch Nemesis… but who?! 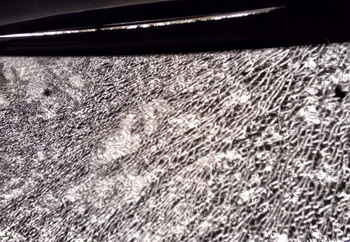 No, no. It didn’t BREAK… it spontaneously shattered. For no reason whatsoever. There were no cars ahead of me, and no rocks or other debris hit my Scion that would have caused the sunroof to explode. 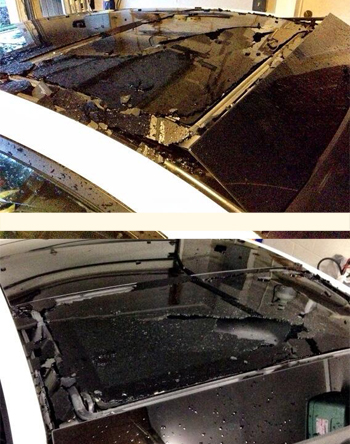 And it’s a good thing it’s not raining or anything, or else driving to the Toyota Dealership without a roof would be veerrrry difficult…

Alright folks. I need your help on this one. Someone APPARENTLY has it out for me, since, you know, shattering sunroofs isn’t a common occurrence. Here’s a list of possible evildoers:

Ah yes, the evil CEO of Ebil Corp. Platinum has been the archenemy of Artix since the dawn of AdventureQuest. And 2 years ago, Platinum nearly succeeded in destroying Artix Entertainment. Perhaps he’s at it again… by sabotaging my car with rain-activated-sunroof-exploding-Windex! 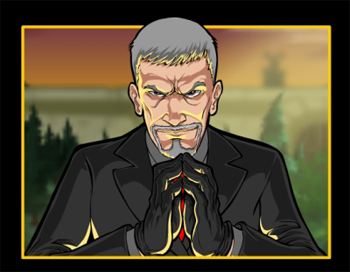 Meet the Cactus Creeper. This SSSSSUPER annoying thing runs around the Sandsea Oasis, exploding into innocent Bupers Camels. Perhaps a Cactus Creeper found my Scion… as it was traveling 40mph… saw its shiny sunroof… and sssssssss KAAABOOM! 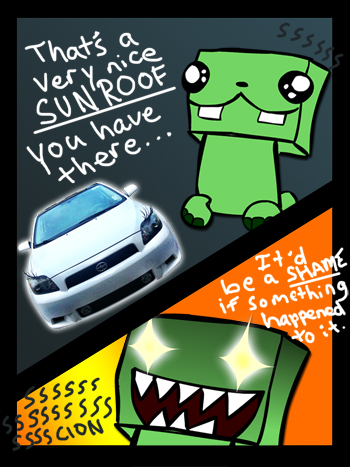 And the final suspect is…

*GASP!* Yes, I’m serious. Artix von Krieger. Everyone knows PINK is the Paladin’s greatest weakness, and Artix, with his glass-window-slaying expertise, could possibly be to blame. And he KNOWS that I’m currently designing an ENTIRE ZONE dedicated to ME for this upcoming Valentine’s Day release. …Granted, I cannot place Artix at the scene of the crime, since he was at the Secret Lab…tweeting me at the time of the incident… um.. yeah… BUT STILL!!!! I’m watchin’ you, Artix. *glare* 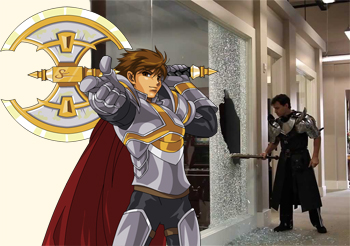