We've been making additions to some of our armors!

The Lunar Sandknight! Reens will be adding the color-custom code to the rest of the Lunar Sandknight set in Quibble's shop today. She's back in action today, but let's all cast /heal on Reens' household to drive away the Sick! 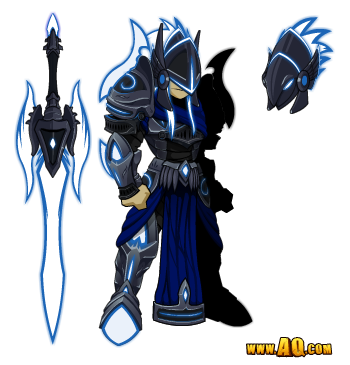 The armor, helms, sword, and wings will ALL be color-customizable!

Over the weekend, we fixed the issue on an armor released in February which made the skirt disappear and left just the bikini bottom showing. We are very careful to release armors which we feel will appeal to the majority of our playerbase while keeping in line with our E-10 rating, but sometimes mistakes and bugs slip in. 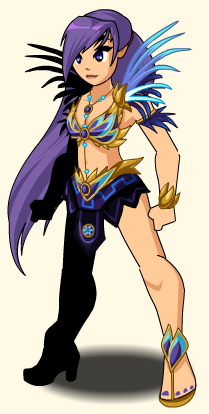 Though the armor looked unbroken (if more revealing than we normally allow) when you review at our other Carnival armors, you see the lower halves of the female armors are much more covered than the Plume armor, having skirts or bottoms which cover their entire lower torso. No other older armors are going to be changed at this time.

Later today, the sellback price will be raised to the original purchase price. If you do not wish to keep the armor, go ahead and sell it and you'll get all 600 ACs back. If you sold the armor already (after it was changed), we will run a query to give you the difference.

Find the Evolved Chronomancer at HeroMart! 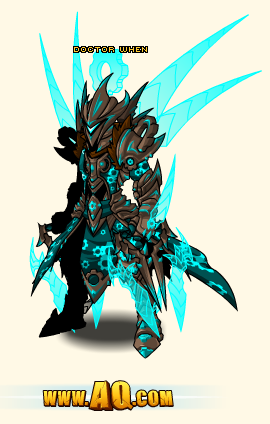 If you already purchased the 2014 Calendar, you'll find this gear in your badge shop in the Book of Lore, along with all of the other in-game items that already came with it!!