Gear Up for Adventure

Get Ready for a Crash Landing

Back in the outskirts of Greenguard Forest at /join dwakel, an age old battle of alien invaders vs natural resources is taking place. After crash landing their experimental ship, a dwakel colony made its mission to rebuild their craft, using any and ALL resources necessary. Unless you want the wrath of Captain Lore’s army of tree-huggers upon you, it’s time to make sure these invaders leave the land with its resources intact. 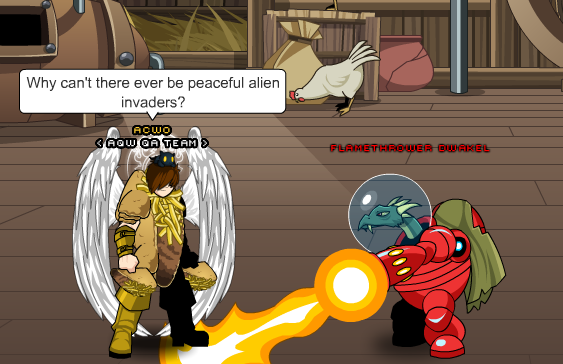 With the forest on the verge of environmental collapse, it’s time for a radioactive, machinery filled scavenger hunt. Taravya has a grocery list full of items that might turn this overcooked situation sunny side up:

Mix all these ingredients together and this forest may be safe from toxic cesspool-dom yet. 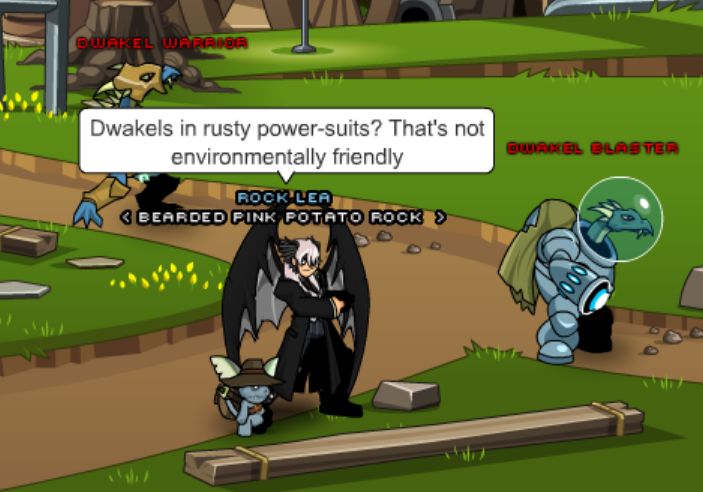 What’s All This For?

Now that the scavenger hunt has come to a close, it’s time to get a good look at the crashed craft. After obstructing their resources, this dwakel colony should be all but surrendering. However, the mighty Mithril Man is still standing. As their ship’s last line of defense, this monster keeps going and going, having the strength of a hardcore-hare on steroids. Better drum up all your courage hero, this battle will be a shocking experience for all involved. If you can power down this monster in a two round brawl, then the Piston-Driven Polearm and spacecraft secrets are yours. 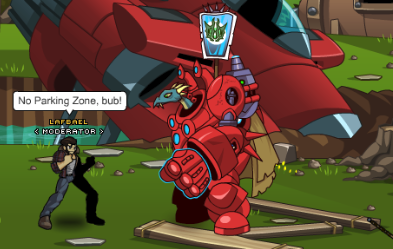 Seems like these dwakels still have one more trick up their mechanical sleeves. Hidden behind a set of broilers, this monster would be a Stark naked wimp, if not for its iron plated suit that’s dying to make you feel like a puny god.This is the last threat to face before the dwakels can be beaten to the peace table. If you can take this machine down, then a multitude of mechanical riches await. 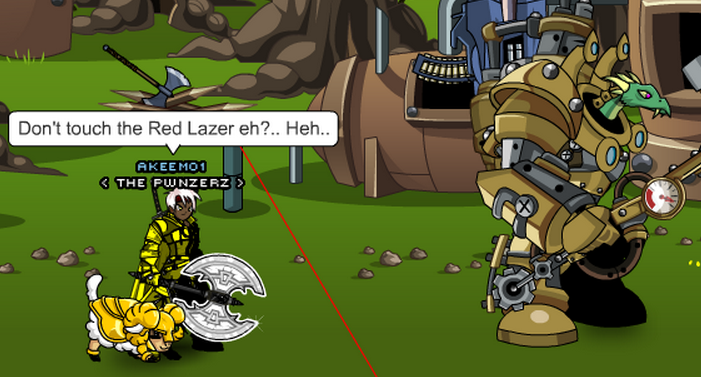 Beyond steampunk-era alien tech, defeating the ProtoSarium will earn you the Legend’s only ProtoSarium Class. Taravya will also trade you the Rustbucket Class, for a few spare ProtoSarium parts if you aren’t yet Legend level. As a jack of all trades, a Rustbucket or ProtoSarium needs a bit of every stat to get going in a fight. Will you equip these classes and be a lightning level force on the battlefield or just left in the junkyard?

Before you go saying Deja Moo, thinking you’ve heard this bull before, it may be in the forest’s best interest to fix the dwakel colony’s ship. If you can get these invaders out of Greenguard environmentaly unschathed, maybe the enivornmentals will leaf all this alone. Good luck fixing that technology though, as who knows what some of it does? 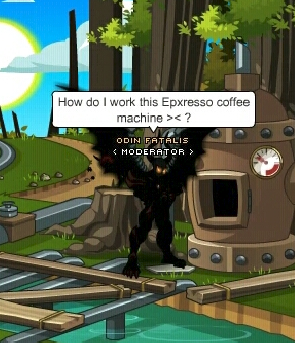 While this release is one of AQW’s oldest, doesn’t mean it isn’t worth checking out. Get to it heros and keep Greenguard Forest safe from dwakel destruction! As always post any comments on the forums and tweet me @ACWOAE with future throwback suggestions. Now that schools out, hopefully I’ll be able to focus on AQW and the terrors of Drakath, rather than the terrors of homework! 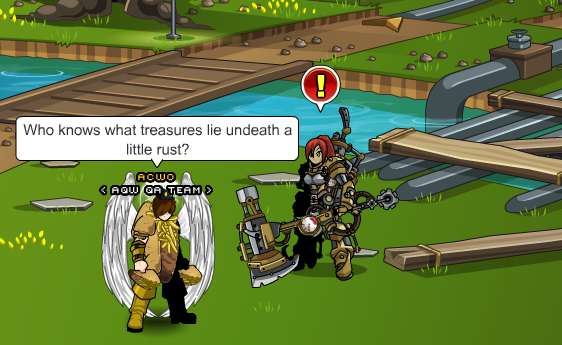 Huge thank you to Lafbael, Akeem, Rock Lea, and Odin Fatalis for sending in rocking screenshots for this throwback! Who knows, maybe you’ll be featured in the next one? Watch twitter to see when it’s time for the next set of photos!