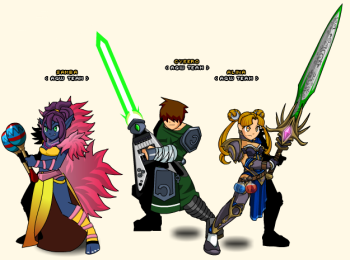 Gather your crew, create a guild, and /battleon!

The Lag PTR "Lag Flame Pet" will be awarded tomorrow. It ends when the new engine rolls to release the member-only Guilds PTR (comes with badge)!

Vital info to know for tomorrow:

The guild commands are as follows:

What are YOU looking forward to with Guilds? More information to come tomorrow!