Defeat the Guardian of the Underworld

Defeat GRRRberus, Guardian of the Gates next Friday!

After battling through the Vale of Mourning and standing before the three Judges of the Underworld, Dage the Evil has granted you permission to approach his Dark Throne! 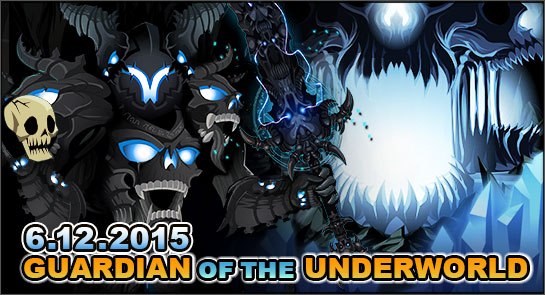 But after passing through the Gate... something is not right: Grrrberus, Guardian of the Underworld, and other infernal creatures have succumbed to the Frozen Flame and are rampaging through Dage's Fortress, attacking anyone bearing Dage's Seal! 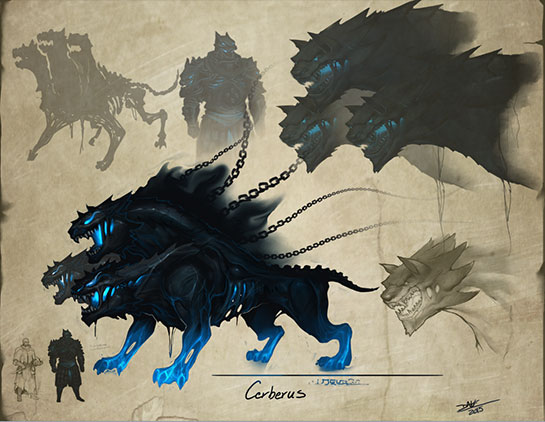 Defeat the three-headed beast and discover why Dage's fiercest enemy has breached his lair NOW... before YOU fall under her spell, too!

Origin of Grrrberus, Guardian of the Underworld

The big bad beast in the picture up above is named Grrrberus, Guardian of the Underworld. His name is a reference to Cerberus, the three-headed dog that guarded the gate to the Underworld of Greek mythology,* preventing the dead from leaving and the living from entering. He is one of my favorite mythological creatures, and I love how Dage the Evil recreated him! 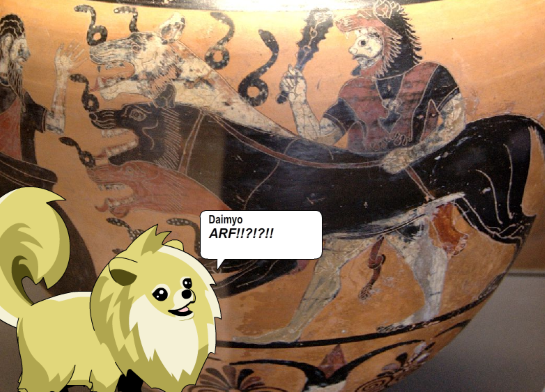 The original Cerberus is the offspring of Echidna, a hybrid half-woman/half-serpent (talk about a Mother of Monsters!) and Typhon, a gigantic monster feered by even the Greek gods. Some say each of the three heads can see a different point in time - past, present, and future.

Victory is its own reward, but if you want to seize the REAL prize, you'll need to WORK! The Grrrberus boss monster will have a chance to drop a lesser version of the Shadow of Cerberus armor as well as merge tokens which you can use to upgrade the entire set! The Blood of Cerberus armor and accessories will be available for a limited-time in the release rares shop.

* You can see Grrberus' puppy form in DragonFable, our single-player fantasy RPG!