Building up to a Bright Frostval

Get a Sneak Peek at what's coming next week!

The Design Notes have been quieter than usual this week, because the entire team has been hard at work building the bones of the Frostval release designed to introduce us all to the new main storyline!

We've stolen Thyton to partner with Dage to build the Frostval monsters, and we've loaded up J6, Memet, Laken, Blade, Ghost, and Arklen with art and animation lists that will let you wreck the halls as you deck your opponents!

Read on to see concept art, in progress, and finished art for the coming weeks' releases: 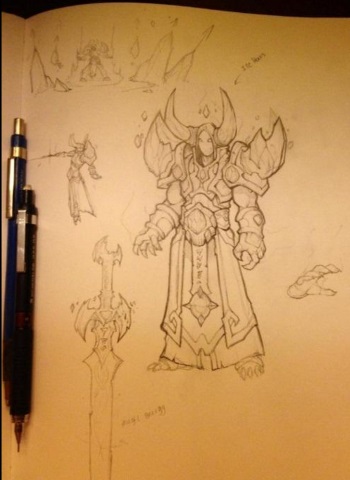 Several millennia ago Karok, the Hero of the Battle of IceSpire Peak, was broken after a bitter betrayal forced him to choose between death and dishonor. His spirit was so shattered that rumors say no shred of humanity remains in him. Looking at his FrostSpawn minions... this may well be true. 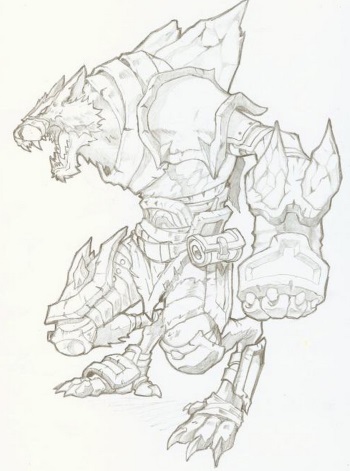 Once a regular human warrior, members of the Frostspawn horde have been twisted into unrecognizably monstrous creatures by the magic of their planet due to the foul nature of their deeds. 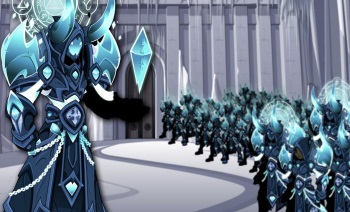 Fueled by a need for vengeance, conquest, and rage, Karok has destroyed his world, and seeks a new world to pillage and plunder. The last whispers of the last seer to walk the ice floes of his homeland uttered a single word, though many have no idea what it could mean: "Kezeroth..."

The Horologium Gate after completion

Every 5,000 years, a planetary alignment is possible and, if the gate is properly constructed, a bridge may be formed which can bring us the aid we need to battle the WorldBreaker... but first the Horologium Gate must be built and the Elemental Runestones gathered! 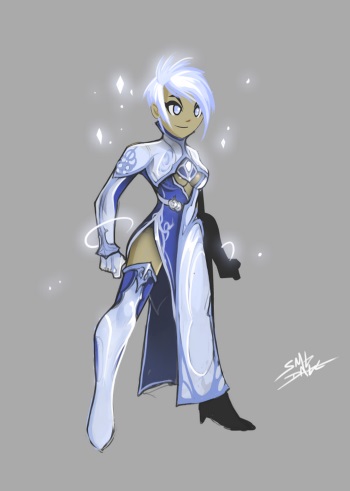 The CryoMancer Class will be available in two weeks, and can be purchased for 2000 Adventure Coins or through farming for tokens from a Daily Quest. (Members will be able to earn tokens twice as fast!)

Once the CryoMancer Class releases, speak to Syrrus Terminer in the Tower of Winds. He will have daily quests that will reward you with Glacera Tokens when you complete them. Non-members can earn up to 14 a week but there is a special Member version of the quest that will reward Members with up to 21 Tokens per week.

As always there will be an AC version of the class in Syrrus and Quibble's Frostval shops for those who don't have the time to invest in earning the class for free.