On Saturday, Artix talked to a player named Lart in AQWorlds. Lart's goal was to raise a 10,000,000 strong army of chickens and attack Battleon. It's not often we get to make someone's dream a reality, but this... this MUST HAPPEN! 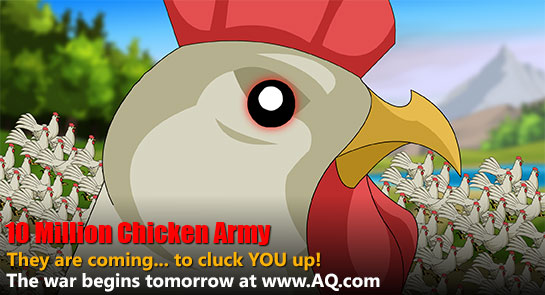 And it will. Tomorrow night in Battleon, the 10 Million Chicken Army will attack! (... Anyone ready to make some omelets?)