Black smoke rolls through the streets of Swordhaven; blasts of energy shatter walls and rip up the street. To the left, an arm smacks into the gutter, raising a wave of... some dark liquid? Ahead, Robina quickstabs a zom- oh Goodness, that used to be Sir Ripp. He was so sweet... Was. *shudder*

Battles to the left, the walking dead to the right. Kneel next to an older man, new to town. He mutters incoherently - "Let the bodies hit the floor. Never dying, nevermore." He closes his eyes. Run on, gripping the bag of potion bottles, irreplaceable vials stuffed tightly inside.

Cross the bridge. Sir Render slices the zombie reaching, reaching. Hurl a vial of dark orange liquid. The ghoul sits on the bridge, chewing on a leg. FLASH The smell of char rides the breeze. The zombie chews no more; the leg lays, sizzling.

Rolith, where is Rolith? Where is ANYONE? Strangers fall, friends lie still. Knights bent on slaughter. Zombies hunting dinner. All around, the children cry. Women scream. Men die. Rolith stands just ahead, blade shining in the last light of day. Noxious fog rolls across the bridge.

Race the fog. Fires burn, blaze, roar - illuminate the end of all we've known. Rolith screams, points, turns away. Fire glistens on a gash across his cheek. He stabs the zombies in front, to the left, to the right -

Don't look back can't look back. An undead Knight looms over Farmer Westin's youngest girl. Her teddy bear is in pieces. She screams. Rip the blade from its sheath. Poison glistens on the edge. Swing. Thrust. Slice up. Silence.

Grab the girl and run. Pull the stragglers along, they'll follow behind.

We've got to try to reach Battleon. Safety's there. It HAS to be. 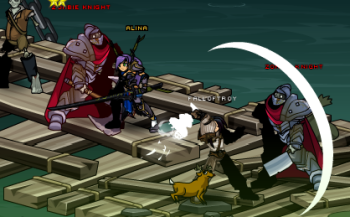 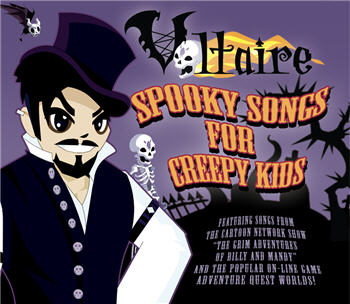