Calling all Heroes: Begin the Odyssey

Earlier this month, we shared news about Blacksea Odyssey, a violent, top-down, rogue-like space RPG created by friends of Artix Entertainment... and if you haven't checked it out yet, you really should! 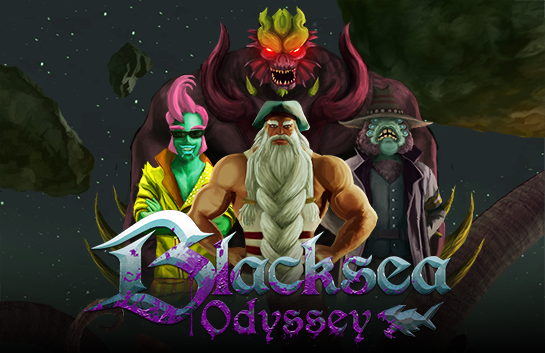 If you're like most of the gamers here at the lab, battling aliens, piloting spaceships, and triggering explosions make up some of your favorite gaming memories. Blacksea Odyssey is updated weekly (just like Artix Entertainment games), and is available on Steam now! 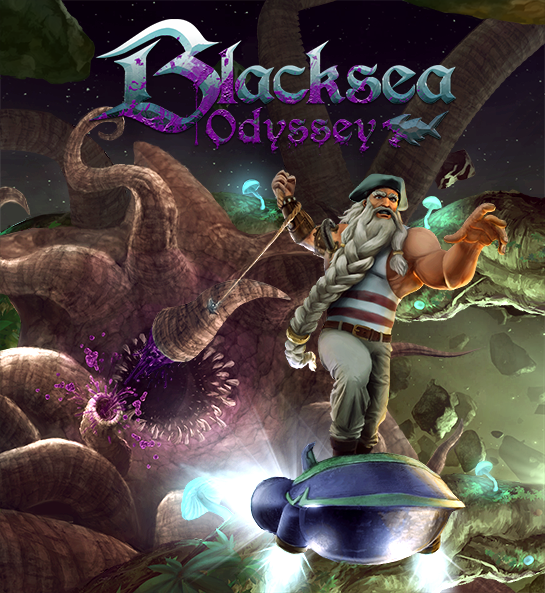 Learn more about Team Blacksea Odyssey's story in our earlier post and follow them online to get news about coming updates:

If you love the game, make sure to let me (on Twitter @alina_AE) and Team Blacksea Odyssey (on Twitter @BlackseaOdyssey) know... and send us screenshots of your adventures for retweeting and posting on Facebook!

Blacksea Odyssey is a violent, top-down, rogue-like space RPG... and it's on Steam RIGHT NOW! Every week, travel across the galaxy with the BlackSea Odyssey team as they release new updates, exploring spacescapes and hunting down enormous space-behemoths. 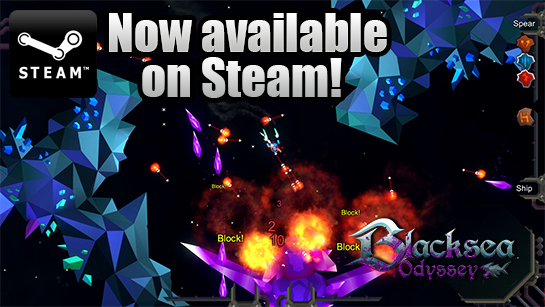 Being gamers (and game developers), we're always on the hunt for games to play and draw inspiration from, and we want to support the efforts of other indie game developers... especially when they're friends of Artix Entertainment! Team Blacksea Odyssey is a wicked-talented group of developers and designers based out of Orlando, led by Peter Milko. Since they met, he and Artix have traded ideas, stories, and more than a few Energy Potions in their brainstorming marathons! 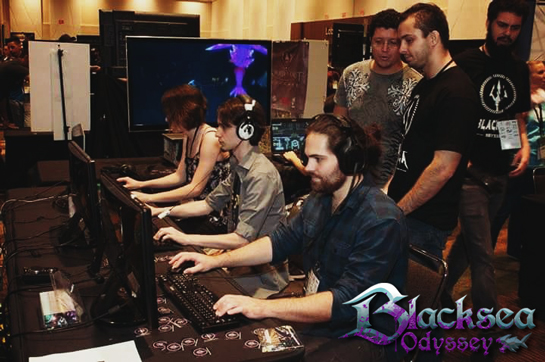 Inspired by the classic arcade game, Asteroids, and the novel Old Man and the Sea, the team built the first prototype during the 2015 Game Jam. It's been getting a lot of positive feedback from the community and internet ever since, and I can see why -- exploding ships is REALLY satisfying at the end of a long day. (All you MechQuest, EpicDuel, and BioBeasts players know what I'm talking about!) 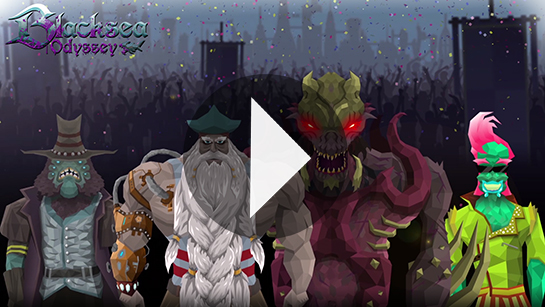 Once a decade, the greatest huntsmen in the universe gather to compete in a legendary tournament known as the Blacksea Odyssey. Steeped in blood, ancient treasures, and a madness that wills them to delve deeper into the black abyss, these huntsman compete for a chance to claim the ultimate glory of facing a creature of such insatiable ferocity and magnanimous size that its wingspan has been said to stretch across galaxies while it’s breath consumes black holes. A creature rumored to exist only in legend, the Titan of the Stars! 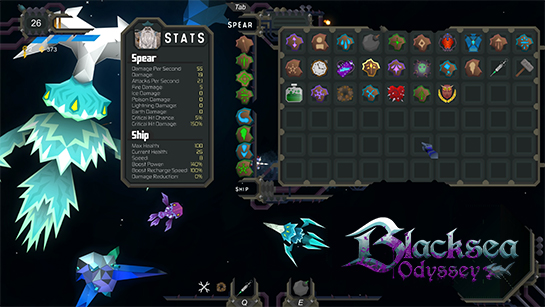