Everyone Needs a Home...

And if you don't have a home, you can find one here! Where "here" is J6 in Battleon! He's got 3 newly-constructed, VERY shiny houses for you to take home (/badumtish) and cherish! These houses will only be available for one week; on October 3rd, 2012, they will go perma-rare! 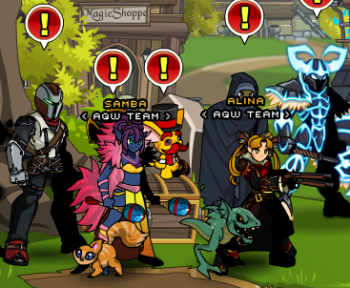 And Balboa's got the best! For the next week, he'll be perched on Quibble's chest showing off his newly-trained Battle-Pets! These starter Battle-Pets are reasonably priced, and ALL of them require an upgraded account!

Each time Balboa's shop is updated, 1 or 2 of the pets will cost ACs and go rare, but ALL will still require membership. Are you ready to take head into combat with a Gorillaphant Calf? Fight alongside a ferocious Frogzard?

Limited Time and TLaPD Shops will be in-game for at least one more week. But Quibble and Khuddar are looking at moving on soon, so your time to get their gear is running out!

J6 is Getting (Has Been) Married!

The love J6 and Cinazul share shines brighter than the largest gold bounty! As Artix announced on his Design Notes post, J6 married his long-time love Cinazool a week ago, but since you guys couldn't make that one... we're holding his in-game wedding FRIDAY! 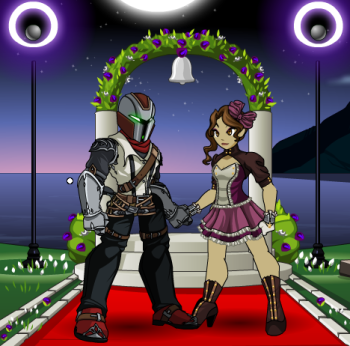 You can't put a price on true love!

Cysero's written an epic event worthy of one of Artix Entertainment's long-time artists... complete with Cake, Cruise, AND Crashers! Get ready to celebrate, but bring your sharpest blade because the battle for true love is NEVER over!

J6 hasn't been busy enough getting married, so in his spare time, he's made a few new Houses for you and your friends to /party in! 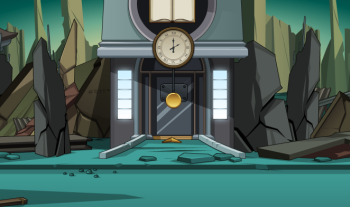 The only house bigger on the inside than the outside.

There will also be House versions of the Temple of Hope and the Cleric Temple!

Meet Balboa. He trains Battle-pets to fight alongside the Heroes of Lore! And this Wednesday (or maybe Thursday...) he'll set up shop in Battleon to introduce you to his newest stable of creature-companions! 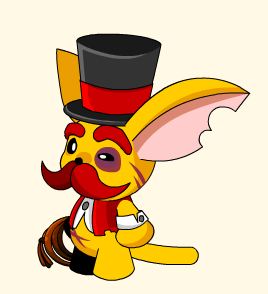 Samba will have more news in tomorrow's Design Notes about what to expect in this Battle-tastic shop!