Batten down the hatches... It's a Pirate Themed Mid-Week Celebration!

Ahoy, ye lubbers! Today be International Talk Like A Pirate Day and people from all over t' world be spendin' as much o' t' day as they can stand speakin' as piratey as they know how.


T' celebration was originally created in 1995 by John Baur (Ol' Chumbucket) and Mark Summers (Cap'n Slappy) whist playin' a game o' racquetball as such holidays often begin. For some reason or another t' internet adopted t' very silly holiday and (wantin' t' celebrate as many silly holidays as possible) AE followed suit addin' TLPD (or TLAPD for those o' you who just love your articles) t' our yearly roster o' holidays. It was such a wildly popular fan favorite that we've been keepin' t' spirit alive and doin' it every year.

We startin' doin' just one o' these but last year t' demand was so high for 2 different themes that we made two o' them. This year was t' same deal. People have been askin' for Chaos Naval Commander since we began this strange journey and thar was an equally high demand for a fiery one as well. So we proudly present t' you t' Chaos and Blazin' Naval Commanders. 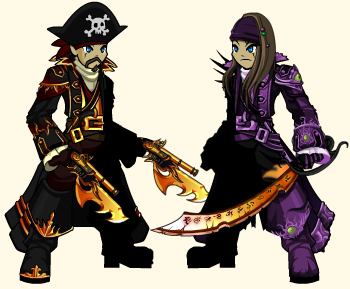 They be both so amazin'ly beautiful that people be BOUND t' demand their return in years t' come but rares be rares. Get them now or miss out. We also have t' Steampunk Pirate Captain set... 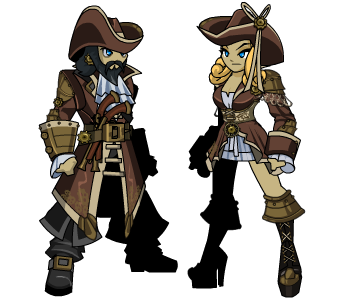 ...and t' much asked for Pirate Quibble rare Bank Pet. 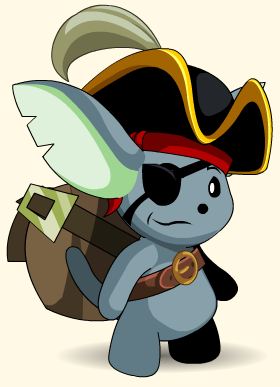 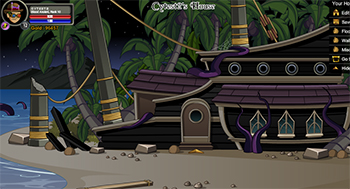 We've got a handful o' other great items for all players in t' shop but this year we Beleen decided t' add some quests t' Quibble for t' duration o' t' event. If you be a non-member you can complete t' first 3, but if you be an AQW Member and complete all 6 quests then you will get t' new seasonal AVAST Achievement Badge for your character page! (you get t' keep it even after your membership expires!)

This quest line be VERY difficult t' complete unless you be a passionate AQW player! You will need some DoomWood Rep and some Fishin' Rep as well as needin' t' complete some other quest chains like Rakham's Member Only quests!

If you be one o' t' Members who helped us test t' lag fixes on t' PTR, please check out your Book o' Lore for t' LAG PTR tester badge. You'll find a shop thar with your Eternal Lag Flame Pet item reward!

92 days until Just Another Day! Arrrr!