We have BIG plans for AE's biggest MMO!

Every Monday, the team leads meet to go over their plans for the week. In today's meeting*, Artix asked, "Hey, AQW team! What INCREDIBLY-AWESOME releases do you guys have planned?! We should tell EVERYONE about all the insane things we've got planned so they can gear up before the BIG BATTLE!!!!" 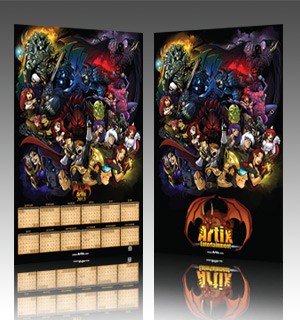 Here's what Cysero and I have planned:

Prepare for the Summer of DAGE!

* BEFORE the nerf-gun battle, AFTER the ninja attack...
** Why are we only just NOW doing the 2nd Lords' zone? Because Chaos, that's why!
*** A player on Twitter suggested Horcwarts University! LOL!
**** Cysero and I will still head AQW, but we've asked Dage to design ALL of June's releases!
***** Yorumi is already BACK to work on Guilds AND has made significant progress!

Let us know which releases YOU are looking forward to next by telling us on Twitter (Artix, Alina, Cysero) or Facebook, or the forum!

Tags: Alina, So much to do, Summer of Dage, Wizard University, Guilds, And more, more x2, More more more,