The AQ3D Alpha Test is LIVE

The Tech Demo is OVER!

The Tech Demo was a success! We called it a Tech Demo to (unsuccessfully) avoid confusion with the previous incarnation of AdventureQuest 3D. We are changing our status now because the game's base features including Combat, Quests, Monsters, Item Drops, Maps, and the most important feature, the new Account System, have been completed. 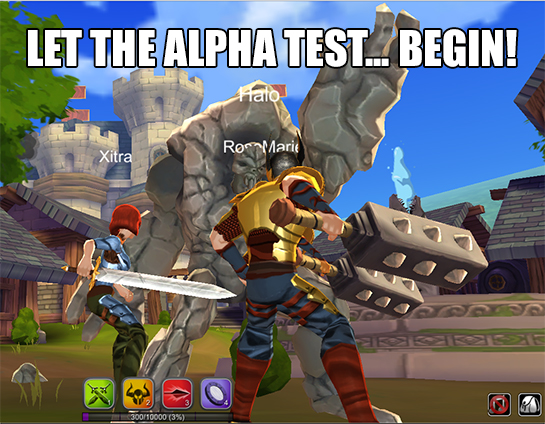 Thank you again to all of you who participated in the testing! We are rewarding tech demo testers with a special AdventureQuest Worlds “AQ3D Tech Demo” Badge and the soon to be ultra rare “Tech Demo Star Sword!"

Adventurequest 3D: Legend of LORE's Tech Demo is about to end!

The Tech Demo phase at www.AQ3D.com for AdventureQuest 3D: Legend of Lore is about to end! Last chance to participate before we award the testers and do the database reset to start the ALPHA TESTS! 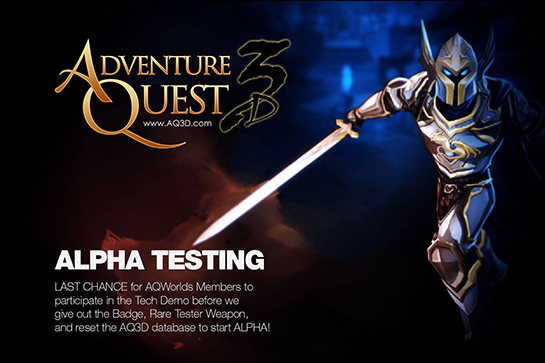 Here is what you are getting.... 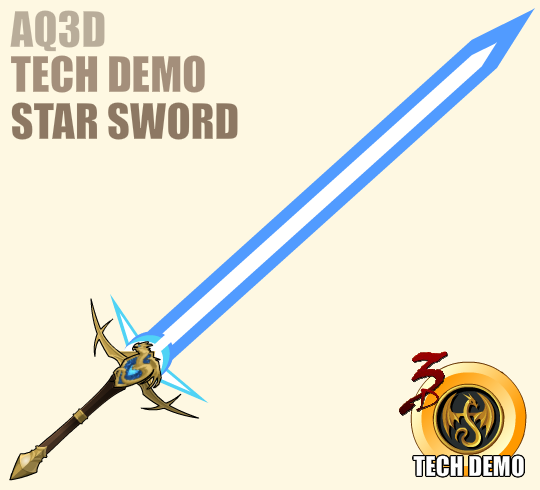 But... how will it know I was a tester!?
Good question! Answer: You will have that fancy tester badge on your AQWorlds account, right? There will be a link your AQWorlds account button. Presto! The game will know all. (It is actually super easy and built into the registration process.)

Then, later, during Alpha Testing... the Alpha Knight armor will be released!

Your shiny new AQ3D account will be cross-platform ready... which means you can use that same account to login and play your same characters on Apple iOS devices, Android Devices once they go live with the Beta launch (Estimated time of BETA release is October)