Kick Off Summer With An Insanely Bizarre J6 Release!

In today's continuation of the increasingly odd J6 storyline, he comes to Planet Banzai which is based on Japanese gameshows, to fulfill the secondary mission of his current ally while also questing to achieve his mysterious primary objective.

On Banzai, he learns from Rokand, a gameshow announcer, that the L.O.S.E.R.s (the League of Super Evil Rangers) is about to blow up the planet with their Doomsday Rocket! 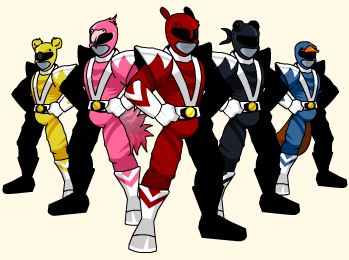 This release is filled with hand crafted mini-games, puzzles and if you are a Member you get access to a challenge fight against the L.O.S.E.Rs and might grant access to the Member Only L.O.S.E.Rs armors and helms!

There's a Banzai Souvenir shop in Battleon which will give you a place to start if you haven't begun the J6 story yet and les you access a lot of the brand new items from this week's release!

The Summer Shop Has Arrived!

If you haven't been on AQWorlds all week then you didn't know that we released the seasonal Summer Shop on Monday and have been adding items to it all week long! We've added some amazing new RARE items to the shop this year in addition to the classics you love. Check out Dage's Priest of the Ignited Ones... 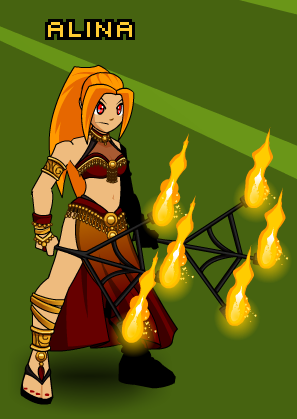 ...and introducing this year's Limited Edition 2012 AE Surfboards! Last year's 2011 Designs are gone for good but this year's really rival them in epicness! We have Dage and Nulgath Tribal designs, The bounty hunter J6, Everyone's favorite dancing troll, Samba in her beach attire and, by popular demand, Daimyo! 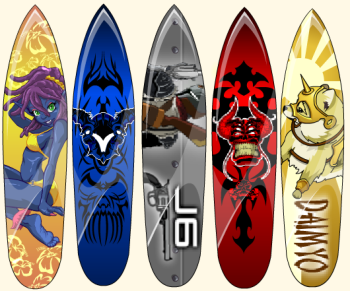 Like summer, the Summer Shop won't be around forever and once these rares are gone they won't be returning so take advantage of them while you can!

Father's Day is the time of year when we dust off our golf bags, sharpen our grilling spatulas and let our dads, grandfathers and other father figures know how much they mean to us!

MetroCon is Florida largest anime convention and is started today! Tomorrow Artix and I will be running a panel on Game Design and many of the other AE team members will be there too.

Last year this was my FAVORITE panel of the year because people actually asked us questions about game development, but of course, it's always great to see players and meet you in person! After the panel we will be happy to sign stuff, answer questions, take pictures, trade jokes, eat your lunch... whatever.

We also have a BOOTH at the convention and it's going to be there, manned by a few AE staff members, ALL THREE DAYS! Stop by to say hi, grab some swag and spin the WHEEL OF AWESOME! 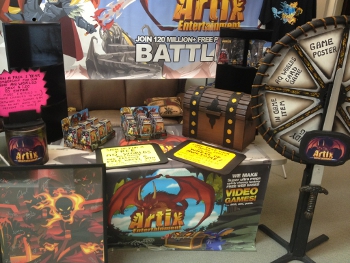 See you guys there!

188 days until Just Another Day