Miles above Lore, an impenetrable fortress hovers, housing the greatest defenders of Good the world has ever seen - the Sky Tower Aegis! This weekend, /join skytower to begin your adventure battling among the clouds (the BEST place to get a bird's eye view of the world... and the Queen of Monster's plotting!) 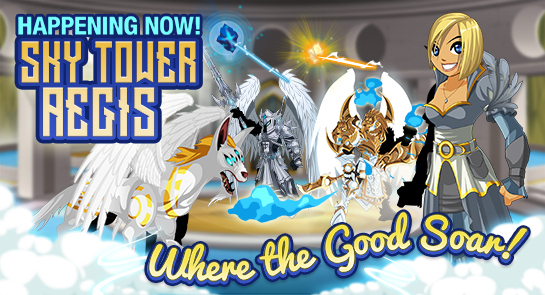 This weekend, log in and begin your adventure miles above Lore:

Meet the Heroes of the SkyTower!

SkyGuard crew members, Jus Divinum knights, Celestial Realm Warriors... Good heroes of all types and factions UNITE! Many of the most well-known Good-aligned groups have a presence on Sky Tower Aegis. 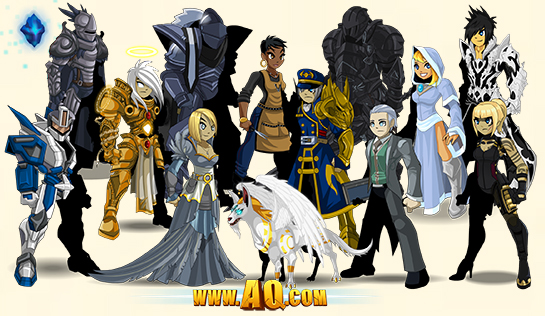 /join SkyTower and talk to/quest for:

* twin to Bev the Stylist from Battleontown, don'cha know?

Find all-new Good-themed gear in the shops at SkyTower Aegis! From the Celestial Commander armor set to 4 new pets, there's a lot to love if you fight for the Light! 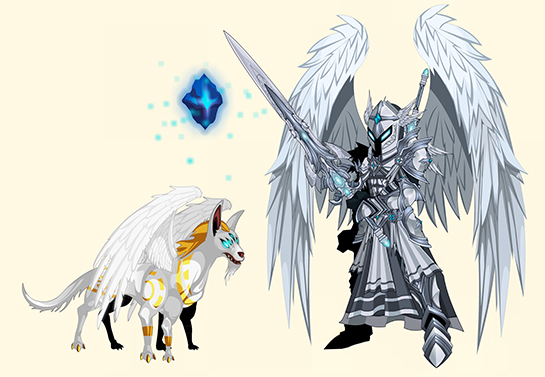