SkyGuard to the Rescue!

Deception in the desert

Calling all Heroes! The engines of the SS Phereless and SS Whitehawk are gearing up, and their recruits are preparing for action! They need YOU to take down the desert-derelicts who've signed up to work with the Sky Pirates. Why they've teamed up, we don't know, but things aren't looking good.

Can YOU take on and take out the ground-invaders while Stratos and the SkyGuard clear the skies of enemy ships? 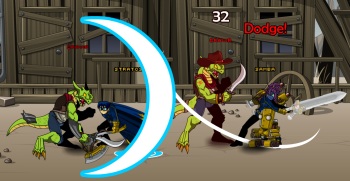 With a mix of both map-engaging activities and slaughter-ful action, Anders' Loss is a town that will keep you on the move! (Which is exactly what the DreamWeaver wants...) After you're done burning the trash and battling the baddies, there's a Bandit Basher Merge Shop which is stocked full of sweet steampunk gear!

Super Update to the Suggestion Shop!

Player Power! Proving that your creativity knows no bounds (how can it, when the internet is borderless?), the suggestion shop is now stocked with some amazing art straight into the game from your desktops! Or laptops. Or tablets. Or smartphones? Keep dreaming up these awesome designs and posting them in our Suggestion forum and maybe one day you'll see YOUR idea equipped by millions of your fellow players! 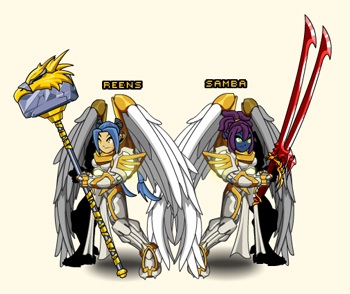 A friendly increase! After gathering feedback from you on the forums, Twitter, and Facebook (and making sure Zhoom gives us permission), we're making it easier to connect with old friends while making new ones!  Starting tonight, the cap on your Friends List has been raised to 40!

Your feedback is golden... and that's why we're increasing the gold cap to 4 million next Friday! So if you've found yourself maxed out on moolah and are too Good-aligned to steal your next piece of high-priced gear, this is the cap raise for you!

To all you fathers, grandfathers, fathers-in-law, and fathers-to-be! We've BBQ equips, Fishin' gear, golf wear, and all the implements, instruments, and accoutrements that go along with them! May your day be full of family, friends, and laughter! (And horribly-designed ties.) 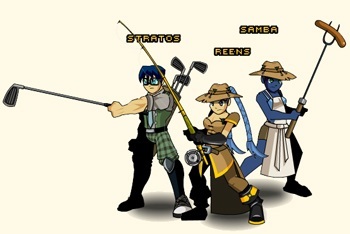 While you're spending time with yours, we want to wish all of our dads the best of days. Happy Father's Day, Dad! (Thanks for being an awesome inspiration.)

Some of our most enthusiastic fans come from the beautiful (and friendly) country of Brazil. We've had roughly 3.5 million Brazilian players register since AQWorlds began! To show our thanks and to ensure an enjoyable gaming experience for everyone, we're rolling a new server live and dedicating it to them!

We have a payment site tailored to Brazilian players! The Fastcash site allows Brazilian users to pay by installment plan. (Where you get a full upgrade, for say, R$20, but you can pay over time, like four R$5 payments each month.)

We would really appreciate some feedback on this method, and if anyone wants to translate the site's information into Portuguese for us, that'd be awesome! (Feel free to email your translations to: [email protected])

Members of the Artix Entertainment staff will be hosting a panel at MetroCon in Tampa on Saturday! If you're in the area around 2PM, stop on by! We'll be talking about the games, maybe sharing some secrets, and going over and questions or comments you guys want to share!

Enjoy the release! While you're enjoying a sunny Summer weekend, we're going to rest up, head to Con, and plan out next week's DoomWood release. Are you ready to venture into... The Necropolis? I know we are! See you Monday!