Thank you to everyone who logged in earlier this week to give feedback on PTR combat. Your comments were invaluable! The positive feedback was awesome to see, and the constructive suggestions were really well-thought out. After talking with Artix and working with the dev and tester team this week, we've got several new changes up for testing on the dev PTR server.

Look for this on the live PTR later next week, when you'll be able to try out the changes yourself! 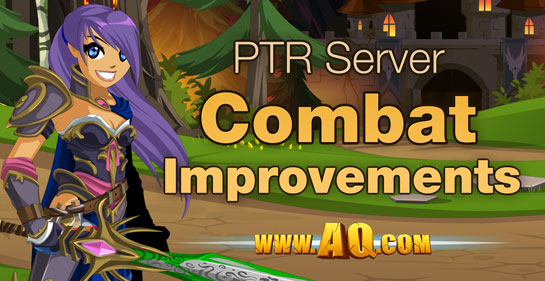 We have two main goals for this:

Testers are crunching numbers and taking names to help Arklen and Yorumi refine the new power level scaling. You'll see larger damage numbers and higher crits, and monsters will scale up, too. These larger number ranges will also give us more flexibility as we go back to update and improve older classes.

Note: there are currently several class bugs on the live PTR which affect your damage output. These will be fixed after the new server goes live. If you are play-testing on the live PTR and see lower damage numbers, please try switching to a different class and note the differences.