Voltaire has created a collector's Samurai Deady figure based on the most recent AQWorld's musical event. We only have a limited quantity available at HeroMart.com for sale. There are three versions of this figure -- each with a different facial expression. Oh... and it comes with a bonus item! 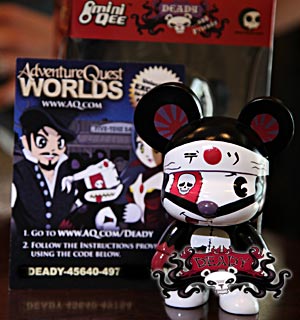 This collectors' figure comes with a code that unlocks the Samurai Deady Pet in AQWorlds! Like the original Deady pet which is now perma rare and can never be obtained again, this is one of the few pets that is non-member. 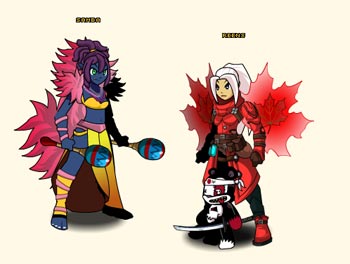