For nine years, we've gotten requests to create a new, unique skill set for the rare Vampire Class. With this year's anniversary *and* Mogloween event themes revolving around vampires and Darkovia, this is the perfect time to do just that! 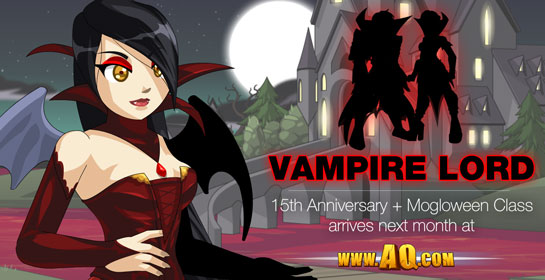 Vampire Queen Safiria is one of the most popular Artix Entertainment characters of ALL time ** and has appeared in all of Artix's major 2D games. Regrettably, she fell during the Chaos Saga finale, a casualty of a war in which the stakes (pun intended!) were unclear. I believe, as so many of you have said, that if you had known WHAT you were fighting for, the war would have turned out differently. ** 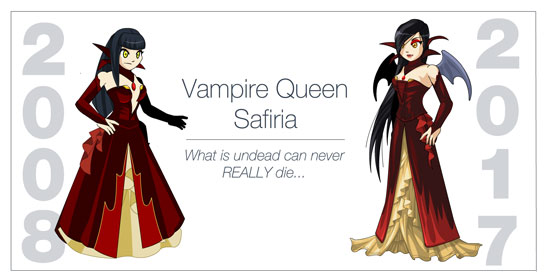 The spirit of Queen Safiria still lingers on, in the shadowy realm where Vampire spirits rest uneasily, near the Void where Sepulchure's spirit was trapped. If we fight hard enough, if we are brave enough, if we are WORTHY enough... we may be able to return her to Lore. ***

If given a chance NOW... would you still fight for her?

* PHEW! That is a lot of holidays to celebrate in 3 short weeks!
**  Spoilers ahead. AVERT YOUR EYES if you haven't finished the Chaos Saga.
*** We should go place some Want Ads: Necromancers needed.