War Comes to Ravenloss this Friday!

The Dark Queen has evolved, but her goal remains the same: to protect the Nation from all who would harm it… and that includes you! Journey deep into the heart of Ravenloss to face the Queen’s Champion; survive the Cleric's magic and subdue the Queen, or there will be nothing left of Lore but a ChaosWeaver killing ground… and your friends will be left as prey! 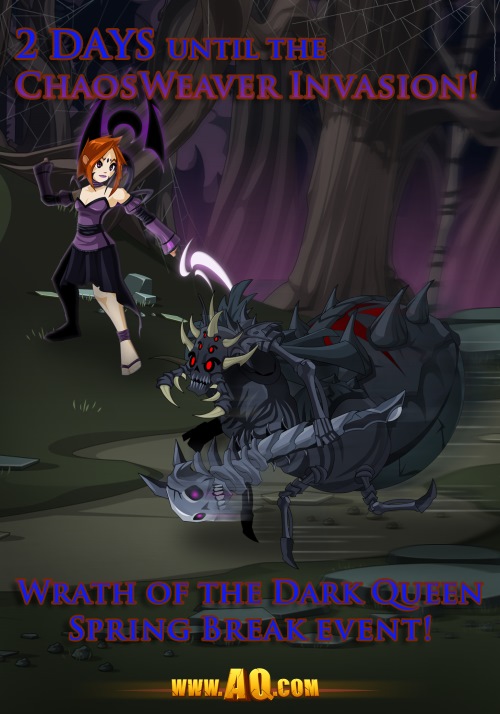 Beginning this Friday, you and the rest of Lore's Heroes will need to descend into the depts of Ravenloss (once you've gained control of the Portal in Twilight's Edge!) and battle together to win the war! 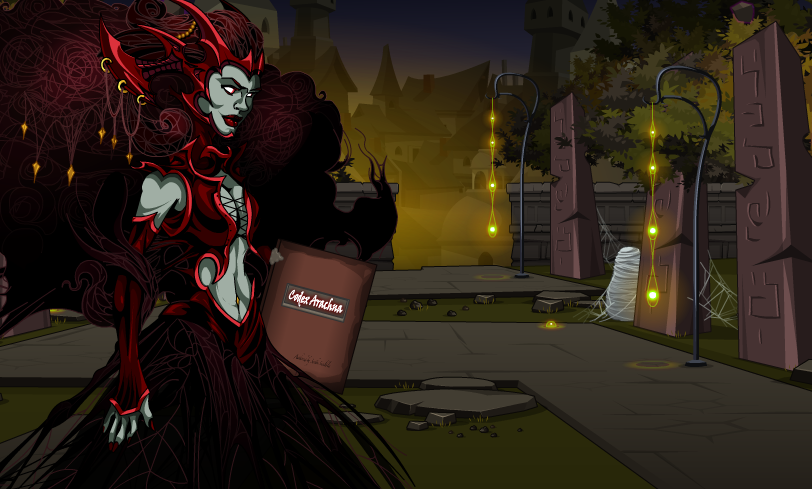 The Codex will reveal much about your enemies!

Fight to get the War Meter to 100% to unlock the War boss and its exclusive drops. While battling, complete Riadne's quests to recover the scolls of the Codex Arachna, a tome which holds key information about the ChaosWeavers and their society. (You will need to complete all ten Codex quests to before you can battle the boss once it is unlocked.)

How Wars Work in AQWorlds

If you've never joined us for a war in AQWorlds, do not fear! (And if you're afraid of spiders, then be a little afraid, and bring a BIG BLADE!) AQW wars have several parts:

You and the rest of the heroes in Lore will all be fighting together to reach a common goal: defeating the war boss! With every additional hero who battles in the war, you'll reach the 100% mark that much faster... and that means you'll unlock the rewards and storyline ending sooner, too!

You might never become like the Weaver Queen, but that doesn't mean you can't look like a member of her court with this special edition of her royal outfit! Pandora's Jealousy (green version) will also arrive in Quibble's shop this Friday! 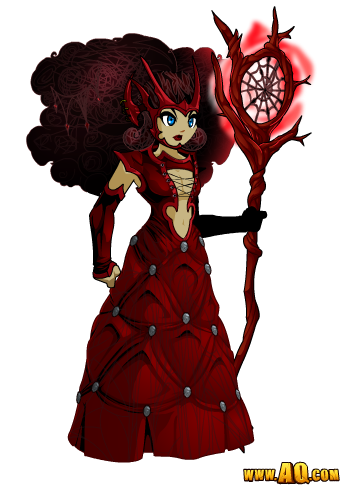 The rest of the Pandora blades will arrive in the war rewards shop, but you'll have to beat the boss first! Tomix's original personal weapon, the original Pandora Blade, will be available for rank 10 Ravenloss rep. We hope to release the armblade versions of the SoulWeaver daggers, but it may not happen this week.

If you want to dominate in this Friday's war, there's no better way to squash your arachno-enemies than with the Arachnomancer Class! We are releasing it tomorrow to give you guys a chance to start ranking it up before the war begins! 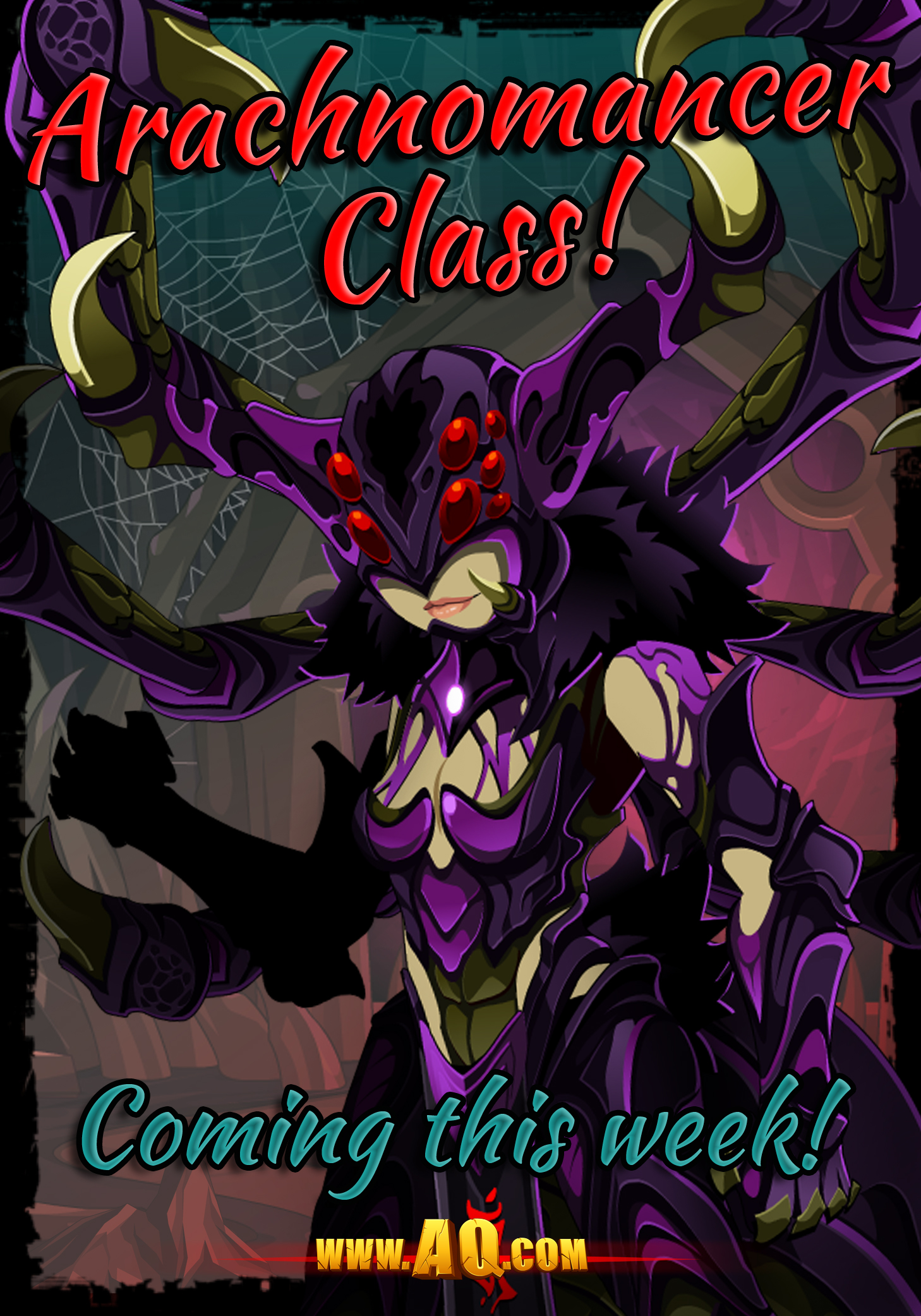 Remember, there are several ways to get it: