As promised, Quibble Coinbiter the traveling sales moglin will return THIS friday with his chest (or large red bag, in this case) of never-before-seen-slightly-used items and rares!

As usual most to all of his items will cost AdventureCoins, but as an EXTRA SPECIAL BONUS for the holidays Quibble also has a RARE NON-MEMBER PET that will also be selling for ACs. This will be your only chance to get the rare Randolph the Red Nosed Reinzard pet for non-members! 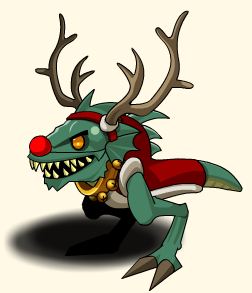 The rest of his items will also be Frostval themed to help you gear up for our yearly Frostval celebration. Next week we will re-release all of the previous years Frostval adventures, then the following week we will add an ALL NEW Frostval holiday adventure to AQWorlds and adding a load of BRAND NEW HOUSES to AQW!!

This week, you will be following Nythera into the Void. The Chaorruption has reached deep into the core of Nythera and this is your last chance to bring your friend out, if you can. Either way, nobody with her power can be allowed to remain in the clutches of Chaos and you will be dragging Nythera out of the Void... dead or alive.

There are some pretty reasonable limitations to character creation and Alpha Testing as Artix mentioned is his earlier post.

You will need a BattleOn Master Acccount to create your character and/or Alpha Test. Without a Master Account you won't be able to do anything.

If, and only if, you have a current, active AQW MEMBERSHIP tied to your Master Account then you will be able to enter HeroSmash and help us Alpha Test.

Please keep in mind that this is just a bare bones version of HeroSmash. We have a long way to go before we event get to Beta Testing and we NEED your feedback to lead us unto Beta phase and make the game great, but keep your expectations reasonable, and above all else have fun.

As Artix mentioned, we will only be Alpha Testing on ONE server which means that only about 1500 people at a time will be able to play. If the server is full, KEEP TRYING! You may be the next to enter the game as soon as someone logs out or lags out.

We have some great and horrible stories from AQW's Alpha Phase. We expect huge disasters in the HS Alpha. HS isn't scheuled for full release until NEXT SUMMER so Alpha Testers will not only be the first ti test HeroSmash, they will be the ONLY people to test it for a long while. 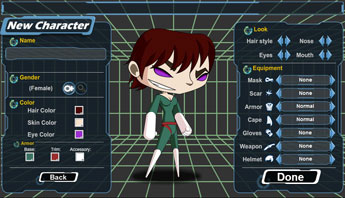 I'm sure there will eventually be treats in HeroSmash for those who help test, but who knows what they will be. Maybe you can tell US what to give to Alpha Testers as soon as we get our HeroSmash Forums up and running!

It ends THIS FRIDAY, and with HeroSmash on the way there is NO REASON to not have a BattleOn Master Account. Get one. Friday we will have the drawing and (if we can) we will announce the winners here on the AQW Design Notes!