The Queen of Monsters... The Story So Far

Leading Up to the War of Shadows

This week's update is smaller as the team prepares for the start of the Queen's Finale next week. But there's still battles ahead, new gear to grab, and dark tale to discover. Head to Dreadrock Keep this weekend for... 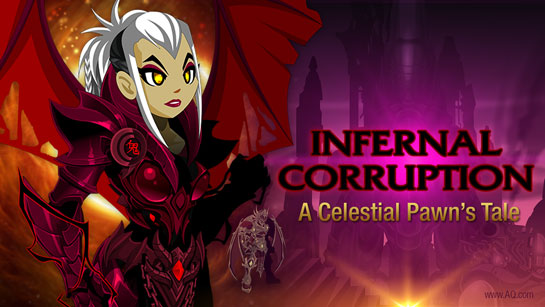 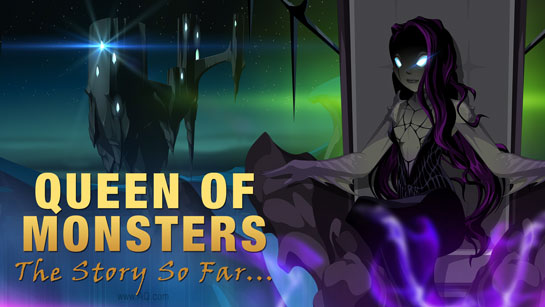 Queen of Monsters: A Pre-Finale Post-Mortem

There are a lot of benefits to updating our game stories on a weekly basis: we can adjust and re-route our stories as you react and respond to them, increasing or decreasing the importance of characters, weaving in ideas, and telling the tales you want to play. We've kept to that schedule for the last ten years, and it's part of what makes Artix Entertainment games special.

Like with any project, endeavour, or undertaking, there are real-world challenges that have to be overcome. That real-world, behind-the-scenes chaos also has an impact on where the story goes. Especially one that updates on the kind of schedule we do.

Staff changes, server limitations, program crashes, illnesses... all of those are a part of life, and a part of the life-cycle of making a video-game. The big difference is that we update our projects every week, and have roughly a week or two to work on each update. That means a couple things:

1) We have a much smaller window to react in -- whether it's to unexpected staff absences or a flood of feedback.

2) We have to get it right the first time, as closely as possible. (So when we have to, on the fly, take the story in a new direction, one we don't have a long-term plan for, it adds even more challenges to our writer and her Lore-Crew).

To be clear -- there's no blame here. Memet (our lead writer), the team, and I can tell how much you care, and we LOVE that you get invested in all our characters. We care about what you want, and your feedback. We always want to take that into consideration because we are making AQWorlds for and with you. If we see we're doing something you guys don't like, we can (and do) change direction. That can -- and has -- had the side-effect of making the story we planned to tell feel less cohesive.

We've never shied away from tackling big projects, but in hindsight, there is a lot we would have done differently with the Queen of Monsters' saga.

Part of the goal of the Queen of Monsters' finale is to rectify that, putting to rest the fragments of the story we started and introducing a new main story with more built-in room to change courses (whether that's a slight turn towards Swordhaven or a 90 degree turn towards Elemental Planes we've never entered).

And to that end, as a team we've done a lot of analysis about what we can do to prevent some of the pitfalls and downturns from the Queen of Monsters saga that weren't as well received.

The War of Shadows is the beginning of the Queen of Monsters' finale, in which we'll discover:

We're committed to moving forward with our weekly updates on the web (as long as feasibly possible), and to evolving our world and its story, because that's what you want, and what we want to give you.