Swordhaven and ShadowFall Level Up

Return to Swordhaven and Shadowfall this weekend as we rebuild and revitalize two of the most popular areas (and more!) in Lore with a smoother progression and new shop and farming rewards. 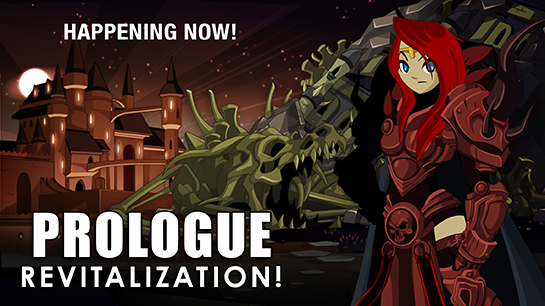 Changes to these areas include...

This weekend, find the Dark Knight of ShadowFall armor in the Featured Gear Shop in your game menu. Buy the armor for 1000 AdventureCoins to unlock the rest of the set for free in Battleon's Curio Shop. (Each of the accessories will cost 0 ACs, so you can store them in your bank for free, forever!) This set will be permanently available. 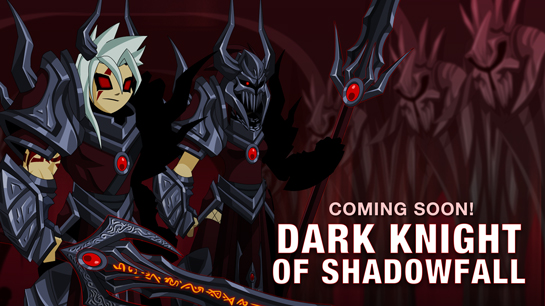 New Evil Rewards are SO GOOD

Theeeeeeeeey're great! This weekend, complete Empress Gravelyn's daily quest, Inquisitor Inquiry for a chance to get the pieces of the Golden Knight of ShadowFall set. 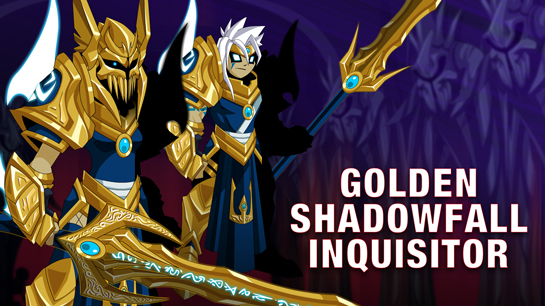 Then battle the Undead Giant in /SwordhavenUndead for a chance to get the pieces of the Royal Knight of Swordhaven set! 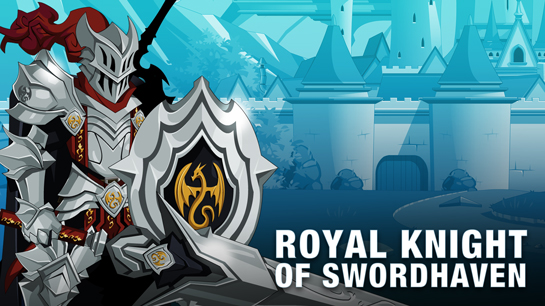 Each of these sets will be available forever, so if you can't get them this weekend, you've got plenty of time.

This weekend, answer Cleric Dawn’s call! The Greenguard Horc tribe has been quiet since 2009… but this week, Dawn needs your help to prevent them from over-running her Portal and reaching BattleOn!

If you were around back in the early days of AQWorlds, you might remember our micro-wars. These zones and their rewards were never intended to go perma-rare, so this week we'll be returning a permanent, static version of the Horc War (and over the next few months, we'll add the rest back in, as well). 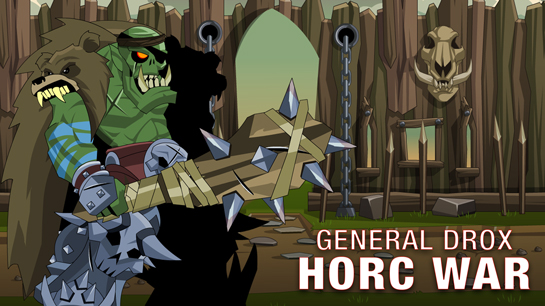 If you're a more experienced Hero, we've got you covered. We've expanded the Horc War map and added increasingly difficult Horc monsters.., including the level 75 General Drox Ironhide. Get the item drops from the Horc Warriors, then battle the higher level mobs for a chance to get runes that will let you increase their damage ranges (and a small boost to gold)!

Why Go Back to Old Zones?

Good question! In the last (close to) 10 years, we've introduced over 1,000 unique zones, 3,000+ monsters, and almost more gear than a hero can count. With your help, we've had an incredible amount of amazing adventures, and have built a game we are truly proud of. But just like a Hero never stops training, WE never stop working to improve what we’ve built. Join us this weekend, as we introduce changes designed to help new and experienced heroes enjoy opening zones of our story and the towns of Swordhaven and Shadowfall.